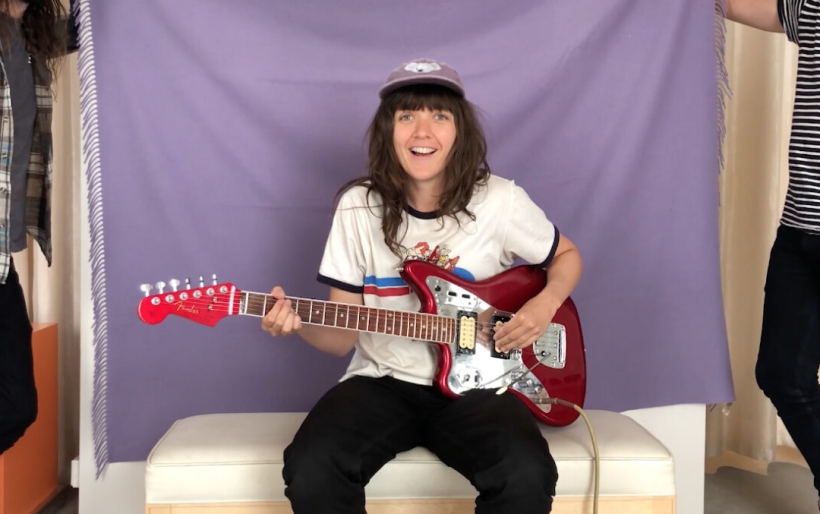 Courtney Barnett’s latest video opens like many YouTube tutorial videos may open. “Hey guys, its me, Courtney Barnett. Today I’m going to show you how to play ‘Sunday Roast,’” Barnett says, greeting the viewers on the other side of the screen. The instructional video doubles as Barnett’s latest single release off her upcoming album, Tell Me How You Really Feel, out May 18.

The video features Barnett sitting on a futon strumming along to the track, flanked by two figures cropped out of the frame. Close-up shots of Barnett playing the guitar float across the screen throughout the 4-minute video, instructing viewers on how to play along at home.

Courtney Barnett made two guest appearances in Philadelphia in recent memory. Last fall, Barnett performed at the Tower Theater alongside Kurt Vile and The Sea Lice, and at Johnny Brenda’s this past winter as a part of her partner Jen Cloher’s backing band. The rest of 2018 is promising for Barnett, who is returning to the City of Brotherly Love as soon as next week(!) for a super sold out show at Union Transfer, as well as two Fillmore dates in the fall.

Check out XPN’s concert calendar for information and tickets to the concerts, and view the video below.