XPN's Gotta Hear Song of the Week: "Are You Electrified" by Arthur Buck - WXPN 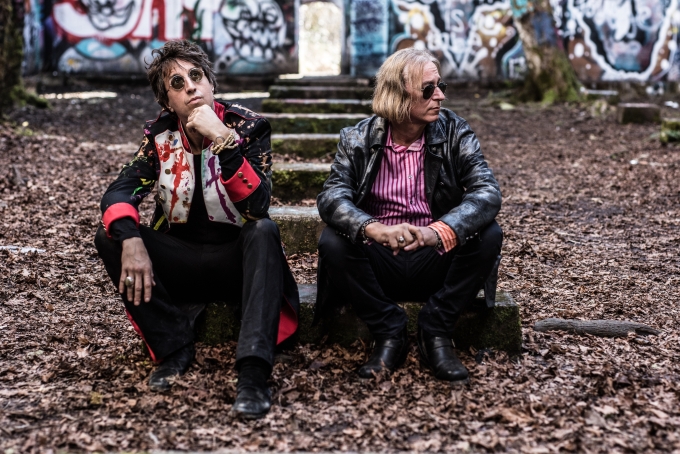 XPN’s Gotta Hear Song of the Week: “Are You Electrified” by Arthur Buck

Arthur Buck is the new collaboration between singer-songwriter Joseph Arthur and guitarist Peter Buck of R.E.M. Their new self-titled debut album is out June 15th. The 11-song collection was co-written by the duo, produced by Joseph Arthur, and mixed by Tchad Blake, known for his work with U2, Pearl Jam, and The Black Keys.

While Arthur first met Buck when the singer-songwriter opened for R.E.M., the seeds of this new collaboration were born in the small Mexican town of Todos Santos. It’s here where Buck and his wife started a music festival, the Todos Santos Music Festival, and where the two reconnected, and began to collaborate.

“Joseph’s and my writing styles complement each other well. Joe is a great melodicist and lyricist, while I tend to be more focused in form and structure. I’ve known Joe for over twenty years and have played music with him almost that long. The Arthur Buck album and the songs we wrote are a kind of mesh of our personalities and songwriting. Having known each other for so long, the creative stuff occurred naturally. The fact that we are both going through some similar life experiences kind of helped the collaboration.”

Below, listen to “Are You Electrified” from the forthcoming Arthur Buck debut. Highlighted by their sharp-edged guitar interplay, the song, says Arthur :

“[It’s] another way of saying, are you awake? Are you in the moment? Jumping the turnstile to get into the train which doors are already open. The idea that the doors to our personal freedom are open and always open but that we have to take a chance. A leap of faith. Jump the turnstiles to get there. Running from the Boogie man. Sometimes freedom requires subversion and a rebellious spirit. For me that is what this song is trying to communicate. And to acknowledge or maybe even warn people that their dreams are worth hanging onto if for no other reason than there are forces at work that don’t want you too. Let that be your fuel. Or at least part of it. And get on the train before the doors close!”