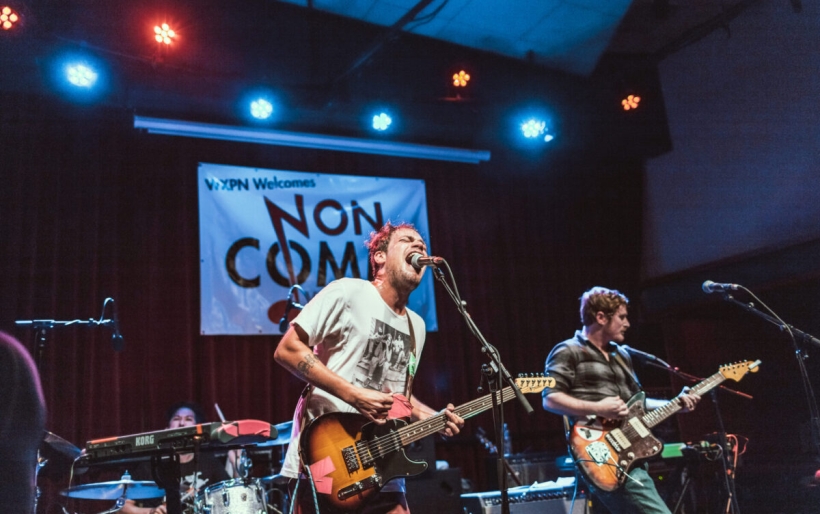 Long Island rocker Jeff Rosenstock took the stage upstairs with a crazy amount of energy and a set of songs from his most recent solo release, POST-, which came out in January on Polyvinyl. In what seems like typical Rosenstock fashion, he arrived with just enough time to spare to start his set. Immediately after the band’s warmup, he addressed the eager crowd with: “This goes out to anyone listening who feels disgusted to live in a country that no longer represents you unless you are rich, white, or male. Thanks,” before jumping into “USA.”

Rosenstock is a blast to watch. He is messy. He is loud. He is pretty much insane. His lyrics are so weirdly on point, his guitar is heavy and fast and constant. The crowd absolutely loved every second of this set. He might have started the first ever NonCOMM mosh pit!

He played a pretty long set for this festival, following “USA” with “Festival,” “9/10” and more.

Rosenstock was the one to wait for tonight. If anyone in the crowd was sleepy when his 10:00 pm time slot rolled around, he woke them right up. He’s anything but an underrated hit. He’s an absolute maniac on stage, and that’s just what the late-night audience needed. Each one melted into each other, whether it worked or not. Everybody onstage was sweaty. Everybody onstage wasn’t ready to quit yet. Then, just as quickly as the set began, it ended with a final chord and a “Bye!” from Rosenstock. And that was that.

if you couldn’t make it out to his set tonight, you can catch him back on the east coast later this summer after a series of European tour dates. Below, listen back to the performance, and check out a gallery of photos from the set. 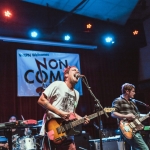