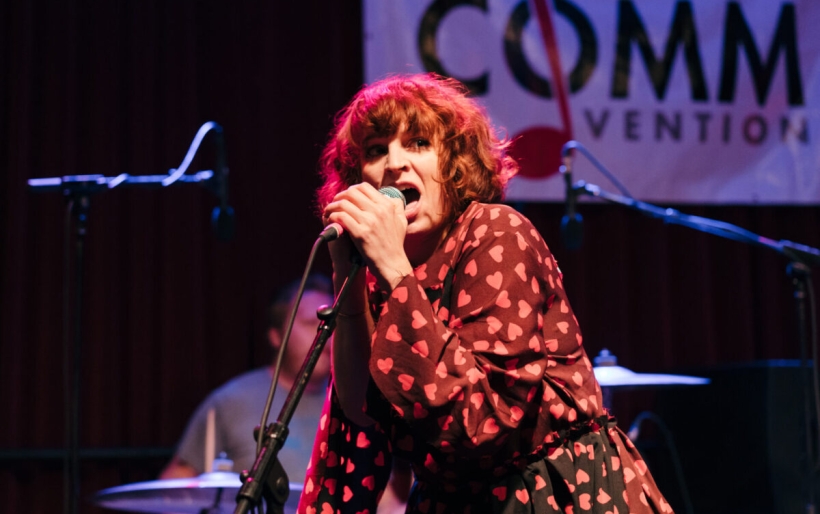 Sweet Spirit are the powder keg of NonCOMM, just waiting to explode given the opportunity. Thursday night on the upstairs stage at World Cafe Live, the band had their chance. World Cafe host Talia Schlanger introduced the band by asking the crowd to feel their foreheads, received with confusion among the crowd. Schlanger followed it up quickly, saying “I guarantee you it will be dripping by the end.” She wasn’t wrong.

Early on in their set, Sweet Spirit entranced the crowd with the relatively tame 2015 track “Rebel Rebel.” In the back half of the song, bassist Jon Fichter lead the band in a campfire roundabout rendition of the track’s chorus, with the rest of the bandmates huddled around their mics repeating the chorus delayed. The building mash up of vocals launched the band into an explosive finale. Leading into “Baby When I Close My Eyes,” the band kept the tempo high throughout the rest of their set.

The Texas-natives acquainted themselves to Philly quite well since landing yesterday. Collectively, the six piece ate 12 cheesesteaks and drank approximately $300-400 worth of beer in that time – quite the impressive feat. Since Philly has been so good to the band in recent memory, as well as historically, they decided to treat the crowd to a sample of new tracks.

The new jams ranged from Brit Pop-esque high tempo jams with bouncing bass lines, to retro sounding romantic tracks fit for the modern day. Among these new tracks, “Los Lonely Girls” stood out as a star. The band closed with St. Mojo lead track “The Power,” an anthemic, driving track that had the crowd cheering along when prompted.

Sweet Spirit plays in Philly tomorrow night at Johnny Brenda’s. Check out the venue’s website for tickets to the show. 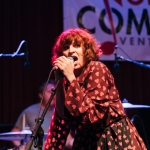