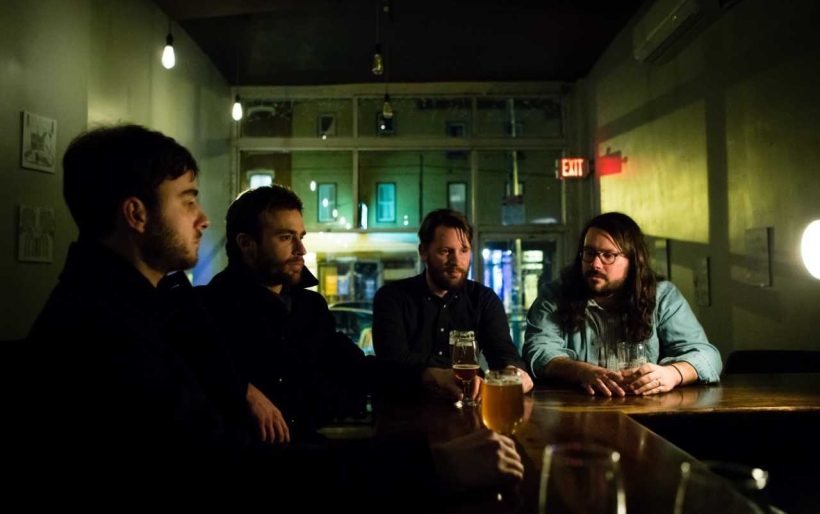 Oldermost | courtesy of the artist

After a few years’ absence,Oldermostis back with a new five-minute single and news of a record on the way. The Philly-based Americana rockers have kept a relatively low profile since their last release, 2015 EP It’s Difficult to Know Anything At All, and have been teasing the forthcoming LP for actual years, releasing a few standalone singles back in 2016. Now, those new tunes are finally about to be released, this time in full-length form — How Could You Ever Be The Same?, Oldermost’s fourth album, will be out July 13 via AntiFragile Music.

Lead single “The Danger of Belief” is out now. Full of shimmery instrumentals and soft, classic-sounding harmonies, it’s a thoughtfully articulated, carefully crafted song that sounds like it’s been a long time in the making.

“I am many people at once.

The audience member stupefied at the disappearing bird.

Someone waiting in the wings of the theater to witness the magician disposing of the day’s worth of dead doves.

When I started writing an album about deconstruction, it was easy to land on the concept of “The Danger of Belief,” but it wasn’t until I was recording vocals that I made the last minute decision to alter the first chorus of this song to say “the pleasure of belief.”

Deconstruction is difficult. Destroy the structure and you will find yourself without a home. Resist the process and you remain confined, or worse complacent. My proclivity is for the former and I am excited to work with beautiful people to rebuild.

My hope is that art continues to create a space where others are provided the sweet confidence that they are not alone as they face uncertainty, unknowing, and change.”

Listen to “The Danger of Belief” below. Oldermost will celebrate its record release with a show at Johnny Brenda’s on July 19; Carroll will also play. Find tickets and more information on the XPN Concert Calendar.