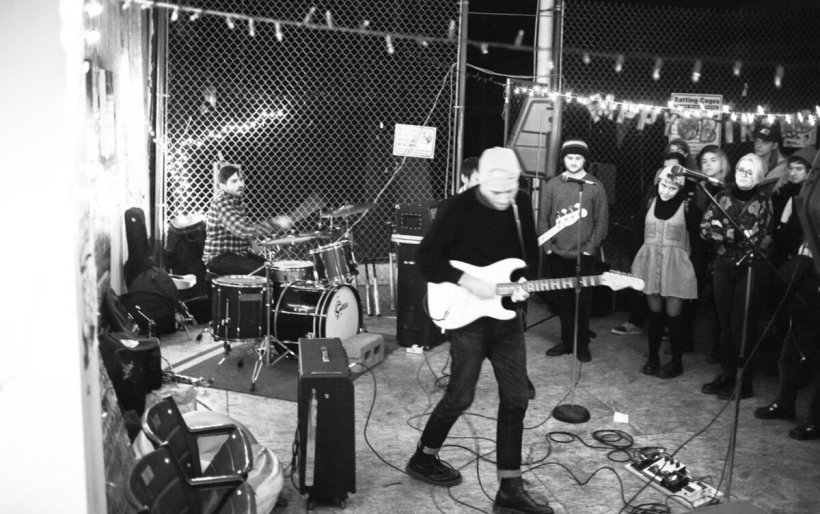 Local favorites Hurry are a Philly band through and through — but recently, they took a trip out of the city to record a 7-track live session. This release follows their recent album Every Little Thought, released in February.

The session was recorded earlier this month at the New Brunswick studio AGL Sounds in collaboration with North Jersey-based music blog The Alternative for the latest installment in the AGL Presents series. It features a few songs off Every Little Thought, including that album’s title track, plus a few from 2016’s Guided Meditation, including “Nothing to Say” and “When I’m With You.”

Hurry also took the session as an opportunity to finally record their cover of Wreckless Eric’s “Whole Wide World,” a staple of their live sets for at least a few years. The cover fits in seamlessly with the Hurry Original SongsTM and shows just how versatile the band is, as their own catchy tunes quickly become as familiar as the older hit. Listen below via Bandcamp.

One of the songs on the release, “Waiting For You,” also got video treatment. The song, a newer one from Every Little Thought, is right at home in the video’s setting, which feels reminiscent of the typical Philly DIY space. Watch below.

Read The Key’s recent interview with Hurry here. The band has a few upcoming local performances, including a Boot & Saddle gig on July 10 with Late Bloomer and Yankee Bluff and an appearance at Musikfest in Bethlehem on August 11 — more info on both of those at the XPN Concert Calendar. Also, on July 28, Hurry will get a second chance at playing the XPoNential Music Festival, after inclement weather forced the cancellation of their set last year. Find more information at xpnfest.org.