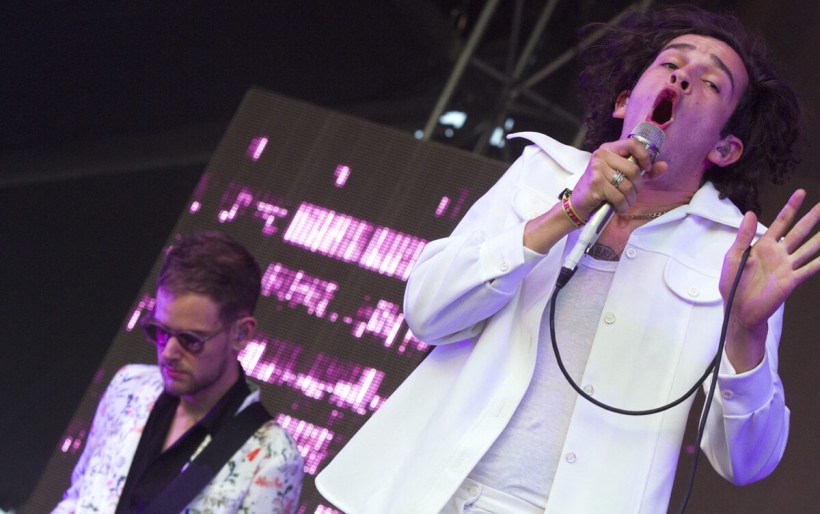 The 1975 is back with a scrutinizing single, “Give Yourself A Try”

A millennial’s favorite multi-genre pop band is back on our radar with a new single and two album announcements. “Give Yourself A Try,” is our first taste of A Brief Inquiry Into Online Relationships, The 1975‘s much anticipated followup to the band’s 2016 anthemic, new-era release I Like It When You Sleep, For You Are So Beautiful Yet So Unaware Of It. After much online teasing about yet another change of theme for the band, we finally have our first glimpse at the next chapter of The 1975. Difficult to pin down, the band has metamorphosized from angsty garage, to eclectic synth pop, to wiry pop rock.

“Give Yourself A Try” has all the makings of the perfect pop song. It has a super catchy hook in the chorus, a repetitive synthetic guitar riff that has been playing through my head during the entirety of writing this piece, and the lyrics are quite a force. In typical Matty Healy styling, the singer has managed to convey every single thought in his head into the space of three minutes. It’s incredibly wordy, which is still an understatement, overly analytical, and overall pretty scathing. Which is the point. If this song hints at the next album’s overall message, then he’s urging people to back off from online culture and forget about the opinions of social media platforms. Stop pretending you know more than you think you do. Stop acting like you’ve got it all figured out. You don’t. So give yourself a try.

You can find the video for “Give Yourself A Try” below, and A Brief Inquiry Into Online Relationships is set for release this October, with a followup album in May 2019.