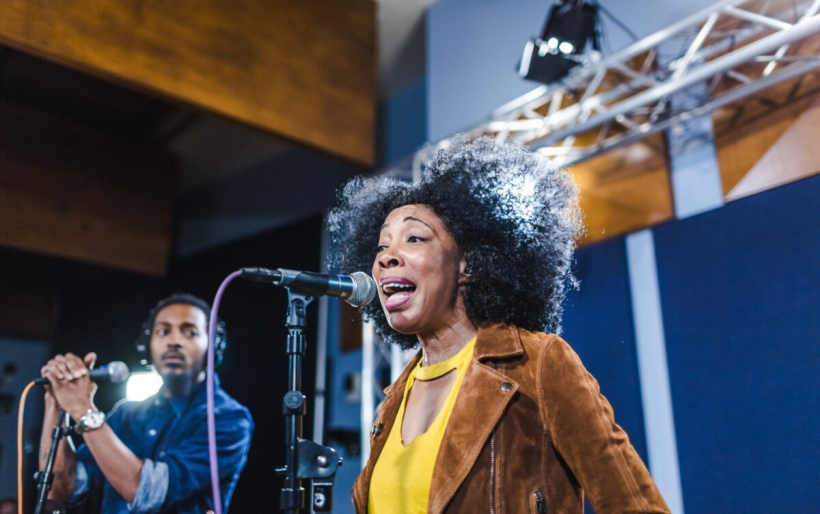 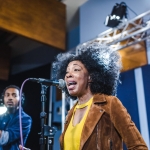 It started as a one-off collaboration. Philly singer-songwriter and author Donn T. was working on a new single called “Clear,” a musical companion to her short story “Time to Soar,” and she needed a rapper to provide a counterpoint to her simmering vocal. Enter Chill Moody, veteran West Philadelphia MC who’s been kicking out some serious jams since 2010. Working together on the cut felt effortless and natural for them — not unexpectedly so, as both artists have spent years cultivating their personal brands, building up their fan bases and running their own record labels. They’re stylistically different, but nevertheless simpatico, and as soon as the track was done, &More was born.

The project melds Donn’s mellifluous voice and Chill’s vividly descriptive rhymes with some serious mood-setting production by guitarist Jake Morelli; the vibe is a little bit Sade-style quiet storm, a little bit Massive Attack psychedelia, and some early aughties Philly neo-soul for good measure. The project debuted in February with “My Own Light,” a stirring song about the tension between ambitious individuality and the need for companionship and partnership — creative, or otherwise.

That was the first taste of Ethel Bobcat, the debut project that &More plans to release later this year on nicethingsMUSIC and D Tone Victorious. Next came their captivating entry in NPR Music’s Tiny Desk Contest, where Chill and Donn introduced their live band and practically leapt off the screen with the song “Woah” — a track that covers a tremendous deal of territory in three minutes, including racism, oppression, police brutality, fake news, and media propaganda.  From Chill’s first verse:

Hammer and sickle, rock and thistle, cops’ll frisk you
‘Don’t sympathize for that guy, too much black pride.
Youngin tried to ride the wave, and got capsized.’
Mom cried enough tears to see her son baptized.
The headlines’ll still read ‘Blacks Rob,’ all I hear is ‘WOAH.’

“Gravity” is a poetic meditation of the elements of life that are simply out of our control, set to a gliding rhythm and dreamlike harmonies. The fervent “War” doubles the energy and acts as a response song of sorts, raging about determination under pressure.

You can listen to the entire set below, or you can experience it in person tonight when &More makes its live debut at World Cafe Live upstairs for NPR Music’s Tiny Desk Contest on the Road concert; tickets and information on the show can be found here. &More will also play a free concert at Spruce Street Harbor Park on June 21st, and they’re on the lineup of the 2018 XPoNential Music Festival, July 26 through the 28th at Wiggins Park in Camden. Details can be found at XPNFest.org.