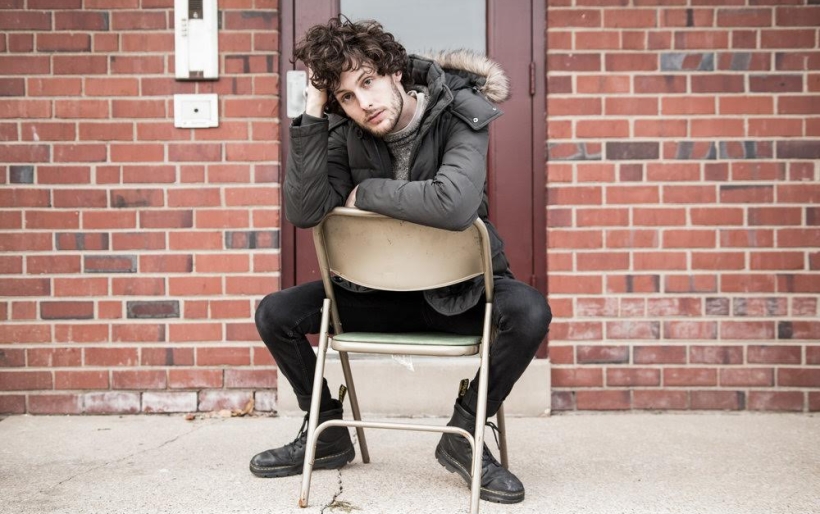 No Stranger | photo by Connor Feimster | courtesy of the artist

Jonathan Cooney is joined by a full band for the first time on his long-running No Stranger project, and their latest LP In Tangible Company is due later this summer. In the meantime, the EP’s single “Cornerstone” is here and waiting. The synthetic-acoustic track tells a story of nostalgia and present-tense removals from the past. In order to make Cooney’s transition from solo artist to full band easier, he enlisted the help of co-producer Lifted Bells’ Matthew Frank in Chicago. By alleviating some of the technical responsibilities, Cooney was able to channel his spiritual anxieties into something that can only be described as “baroque emo.”

“Cornerstone” our first peek at Cooney’s next step from playing as an artist of one to integrating more intricate and powerful forces into the project as a whole. It’s a beautiful song. The vocals are smooth and flowing and the guitar never seems to stop. This track could be played on a continuous loop and I wouldn’t complain. I’m really excited for this EP, if the rest of it sounds anything like the single. Cooney definitely stuck to his roots on this one, considering he began back in 2012 with just a guitar, and the string work on “Cornerstone” is elegant.

Beyond the engaging sound, the song has a poignant theme, detailing Cooney’s struggles with religion and spirituality. As he tells us via email:

I wrote “Cornerstone” after being asked to help out with music ministry at a church I went to when I was younger. During the month or so that I was there, I was overwhelmed by memories of my teenage years spent there. It was in that church where I fell in love with someone for the first time. It was the same place where I first began to question the faith in which I was raised. I loved every second of those years, but when I went back as an adult, I couldn’t stop myself from feeling like an outsider.

You can stream “Cornerstone” here, and In Tangible Company will be released on July 13th via Chatterbot Records; a pre-order is available here, and No Stranger’s current tour dates are below.