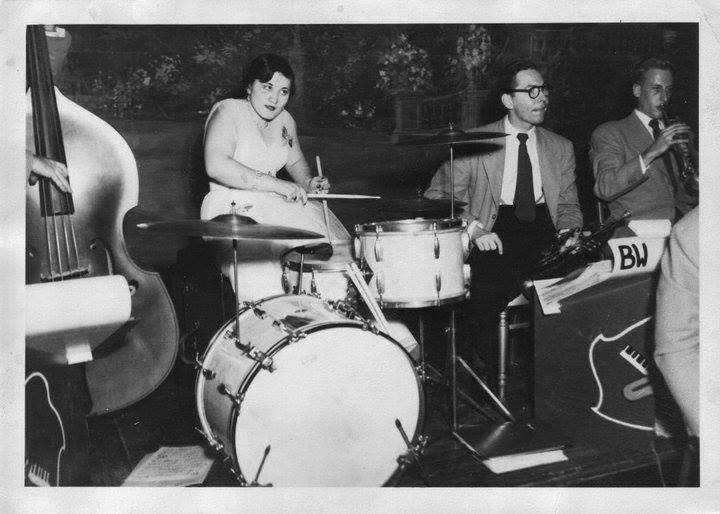 When noted klezmer and classical percussionist Elaine Hoffman Watts passed away in September, it seemed like a given that there would be a memorial concert for her at some point. After all, how else do you honor the life and career of someone who made music for more than seven decades and taught literally thousands of students? This Sunday at Temple Beth Hillell-Beth El in Wynnewood is “Both Sides of Love,” a celebration of Watts and her contributions to the music world.

Born in 1932 and raised in West Philadelphia, Hoffman Watts came from a long line of notable klezmer musicians. Her father, Jacob Hoffman, was one of the best-known xylophone and percussion players in the city and is very much revered as legend in klezmer circles. He taught her how to play drums when she was a child growing up at their home at 63rd and Ludlow. She was the first woman allowed into the percussion department at Curtis and graduated from there in 1954. Following graduation she was hired as a timpanist in the New Orleans Symphony Orchestra. A decades-long career in classical and jazz music followed.

Although she would still play klezmer, gigs were hard to come by in the male-dominated scene. That changed in the 1990s when she was ‘rediscovered’ by fans and musical scholars during the klezmer revival. She went on to a second, storied existence as a klezmer musician and very much an ambassador for Yiddish culture past and present. Watts received many awards over the years for her work, including a Pew Fellowship in the Arts in 2000 and a National Endowment for the Arts National Heritage Fellowship and a Leeway Foundation award in 2007. She was still playing music and teaching up until her death. We published an extensive memorial in October.

Watts’ daughter and event organizer Susan Lankin-Watts explained the name of the event: “It’s called ‘Both Sides of Love’ because my mom loved classical music. She was the first woman to graduate from Curtis Institute of Music and for forty, fifty years she had a career as a classical musician. And she loved klezmer: she had another thirty years of career in klezmer music. So these are both sides of her love, the classical music and the klezmer music.”

Performing at the memorial will be ‘Queen of the Klezmer Fiddle’ Alicia Svigals; trombonist and frequent collaborator Dan Blacksberg; clarinetist Joseph Smith and accordionist Joseph Soprani, both longtime players with the Philadelphia Orchestra and the Philadelphia Pops; Greg Mervine from West Philly Orchestra and Klez Dispensers; Jay Krush, a tubaist with Chestnut Brass, Philadelphia Ballet Orchestra, and Hoffman Watts’ band Fabulous Shpielkes; and many, many more, including her grandchildren Bradley and Douglas Seigel who have followed in the family musical tradition. And of course at the helm will be Susan Lankin-Watts, a trumpeter and singer who was in many klezmer bands with her mother over the years.

These are all either musicians who played with Hoffman Watts during her long career or, like West Philly Orchestra’s Chad Brown, were one of her students. Asked about the selections for the concert, Lankin-Watts said that, “We’re going to be playing all sorts of different stuff. There’s thirteen musicians and they’re going to be in all different configurations. We have soloists, we have trios, we have sextets, we have a couple of tunes where everybody is playing.”

In true klezmer fashion, the finale of the show will include not just everyone on the stage but also musicians in the audience who have been asked to bring their instruments to help play the last four songs together. These are, “… people who’ve done workshops with my mother, people who have played in jams with my mother, people who knew my mother,” Lankin-Watts told The Key. “I invited the community to come and play four songs with us, four freilachs, one of them is ‘Eatala’ which my grandfather wrote for my mother, another one is ‘Lakeleh’ which my grandfather wrote for my mother’s sister who died three months later than she, and then two tunes from the Philly repertoire.”

The memorial will serve as a fundraiser for the Community Klezmer Initiaitive, a non-profit started by Lankin-Watts in 2012 that’s “dedicated to creating new klezmer culture” in the region and beyond. To that end they have hosted a number of events with the goal, she explained, of “…creating a space for people to perform poetry, literature, acting, anything. Not just music but a performance space to really give the klezmer culture, the art of it, a place to grow and a place to germinate.” More information about Community Klezmer Initiative can be found on their website, more on Both Sides Of Love can be found at its Facebook event page and in the flyer below.