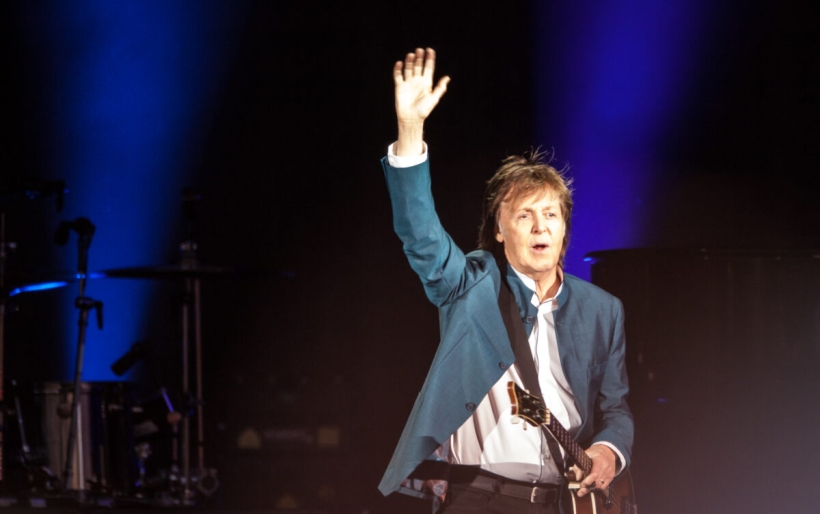 Paul McCartney may have turned 76 earlier this week, but we’re the ones reaping the benefits from his birthday. McCartney has just announced that his first solo album after a five year break, Egypt Station, is due for release on September 7th. As if that wasn’t enough of a surprise, we also have two singles to check out, “I Don’t Know,” and “Come On To Me,” both of which have that quintessential McCartney sound that we’ve all been missing. You can stream both of them below.

“I Don’t Know” is a really bittersweet ballad, reminiscent of his older songs, with hints of inspiration in pop, rock, and blues. It’s his own style, that’s for sure, but there’s also an essence of modernity to it, just like when he surprised us all with “FourFiveSeconds” featuring Rhianna and Kanye West.

“Come On To Me” is a rock song through and through, and it’s super evident that he had fun with this one, and releasing two songs at the total opposite ends of the musical spectrum is really smart on McCartney’s part. He’s letting us know that this album is mature and developed and has a little bit of everything to it.

As far as the title goes, apparently the thought behind it is based in nostalgia. “I liked the words ‘Egypt Station.’ It reminded me of the ‘album’ albums we used to make… Egypt Station starts off at the station on the first song and then each song is like a different station. So it gave us some idea to base all the songs around that. I think of it as a dream location that the music emanates from.” McCartney said, via NPR’s Emily Abshire.

No tour announcements as of now, but maybe that’s something in the works for the future. Fingers crossed.