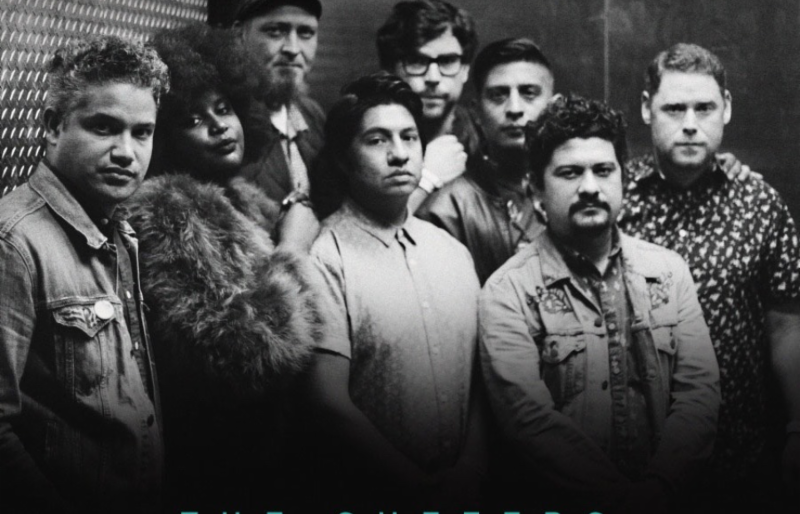 The Suffers’ Everything Here

Stream Everything Here, the latest album from H-town soul favorites The Suffers

Houston soul octet The Suffers have followed up their acclaimed 2016 self-titled debut with a new album, Everything Here, available to stream now on NPR First Listen. The album sees the Suffers’ deepening their “gulf coast soul” sound in a loving tribute to the culture, diversity, and resilience of their Texas hometown. R&B, hip-hop, ska and more coalesce into a singular style driven by the masterful singing of frontwoman Kam Franklin.

The songs surge with life, particularly on the flirtatious “The One About Sace” and the soulful “After the Storm” that pays tribute to Houston’s recovery from last year’s Hurricane Harvey. Also notable are the album’s many charismatic interludes including features from H-town legends Paul Wall and Bun B as well as a touching appearance from the Suffers’ mothers on “A Word From Our Mammas”. Everything Here is an absorbing and spirited tribute to home and community that ought to soundtrack summer cookouts around the nation.

Stream Everything Here at NPR. The Sufferers are on tour this summer including an appearance at Scranton’s Peach Music Festival on 7/20. Information on that show can be found at the XPN Concert Calendar; full tour dates are listed below.