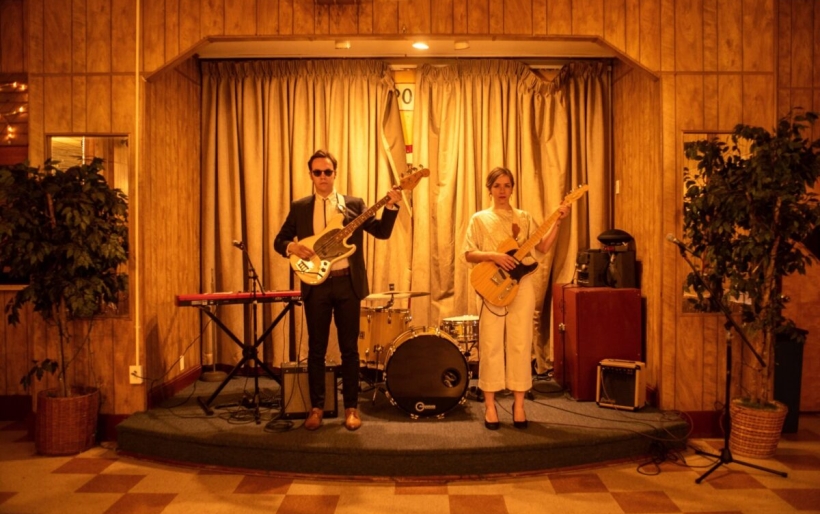 Ortolan | photo by Bob Sweeney | courtesy of the artist

Ortolan has evolved quite a bit since they formed in South Jersey almost a decade ago. But after some quiet time, the long-running band is readying to make their first re-entry into the scene since their last album was released in 2014 — and they’re back in a very visible way, with their first-ever music video.

The video accompanies “Come On,” the lead single from Ortolan’s new EP down deep, which is out next week. Directed by famed Philly videographer Bob Sweeney, the video shows lead singer Stephanie Cottingham taking us through a nostalgic, sepia-drenched journey that matches the song’s sweetly retro, indie-folk-meets-60s-pop sound.

According to Cottingham, down deep was a long time in the making, but the refreshingly catchy single helps to reassure both listeners and the band members themselves that Ortolan hasn’t gotten stale or sleepy in its absence.

Reached over email, Cottingham told us:

With “Come On,” down deep’s opening track, we wanted to shake off the dust and orient the listeners’ (as well as our own) mindsets to the direction of this EP. The video seeks to address the anxiety that built up during the wait for this release. As with any kind of a wait, it is as easy for excitement to be generated as it is for unease. We were feeling that uneasiness and didn’t want to be overcome by it, and stepping outside of the process of preparing for a performance felt like the right way to think about it. It’s okay if no one shows up; it’s okay if half the band doesn’t show up. Ultimately, it’s not about appearance or attendance. It’s about the eminently hopeful act of creating.”

Down deep is out July 13 via Sounds Familyre, and can be pre-ordered here. Ortolan will celebrate with a show at Johnny Brenda’s on July 15 with opening sets from The 1910 Chainsaw Company and American Trappist. Find tickets and more information on the XPN Concert Calendar.