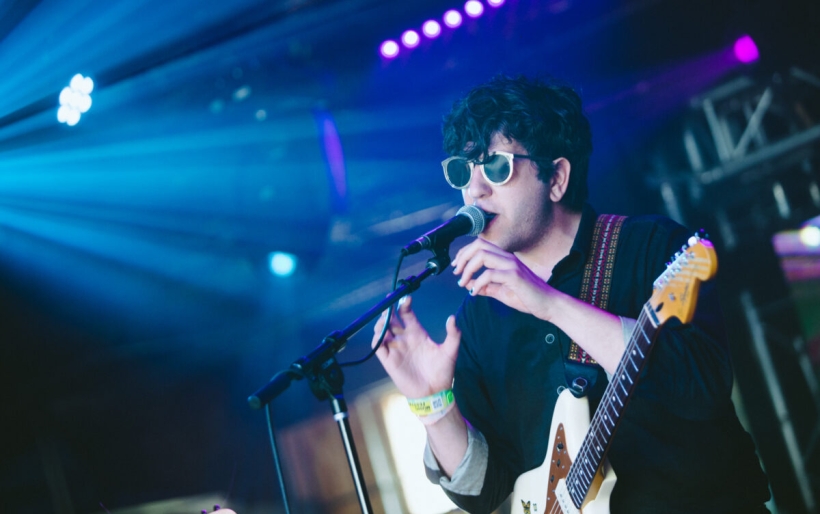 Eric Slick of Dr. Dog has been producing a plethora of multifaceted extracurricular work, from last year’s kickass White Reindeer LP from his band Lithuania to solo work under his own name.

We have more of the latter this week, as Slick just released Sad Reality on Bandcamp, a 2014 demo version of his album Palisades. In a Facebook post, Slick discussed a “tranquil” period of isolation in which he lived alone in Asheville, NC, drawing inspiration from nature and descending so deeply into his artistic process that he forgot to eat for days at a time. The recording is minimalistic, Slick doing a lot with just a piano, drumkit and an acoustic guitar. It’s tender and personal, and when you listen to it, it feels as if you’re in the room with him. In “Palisades” he plods heavily on a keyboard, sustaining drowsy synths in the background. “No” is jangling and direct, begging honesty with the repeated hook, “Don’t lie to me.”

Additionally, Slick dug up Out of Habit, an LP originally released on PIAPTK/soild gold in 2013, during a time in Slick’s life he described as “dark” and “directionless.” He recorded it himself using tape reels and a Tascam 388, which accounts for the grainy quality. The record is entirely instrumental guitar music, each song whimsical and unpredictable. The song titles read like a poem. “Release,” is a definite favorite, a winding trail of a track, melodious and soothing.

Additionally, Slick’s out-of-print zine A Personal Method for Meditation by Eric Slick — originally released in the limited edition version of Palisades — comes with a download of Sad Reality, but as he points out, you can preview it below via Issuu.