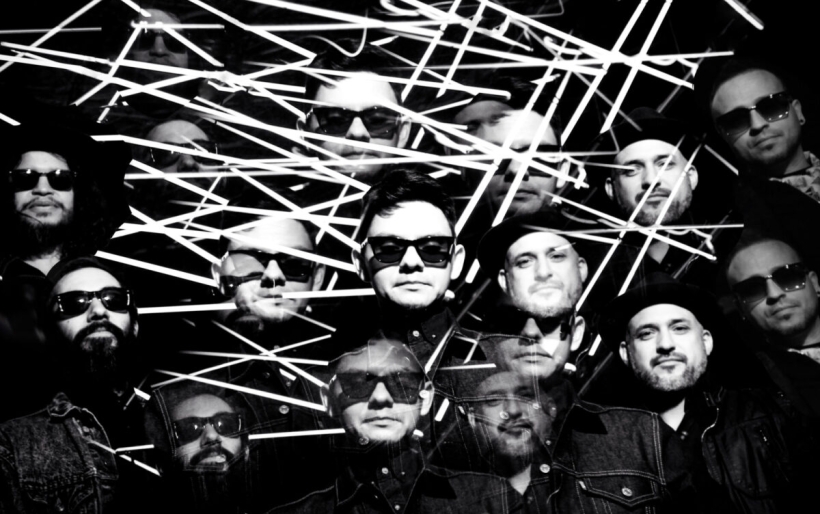 Dos Santos | photo by Andrea Falcone | courtesy of the artist

Nu-Nu-Nuevofest: Celebrating the Now Sounds of the Latin American Continuum

Twelve years ago, Philadelphia’s Rahsaan Lucas and Marangeli Mejia-Rabell created the unique and specific curatorial, booking and promotions agency, AfroTaino Productions. Dedicated to both the traditions of the arts-culture of the Latin American continuum, as well as its future-forward movement, Lucas and Mejia-Rabell acted in tandem to offer the local market music beyond the usual commercial Latin fare. You know the drill: J-Lo, Enrique, Pitbull, the top of the charts.

For Afrotaino, it is the alternative to the Latin mainstream that’s fascinating them and their continued audiences; so much so, the pair built up an all-live day long series of events, Nuevofest, that on July 15 at World Café Live with WXPN as its partner (based upon that station’s LatinRootsLive free concert series), marches into its sixth iteration. During the all-day Nuevofest, Afrotaino will present two acts who have never appeared in the U.S. before, let alone Philly: Cuba’s big band neo-traditionalists Orquesta AKOKÁN and Spain’s electronic duo, Delaporte. Also on the Nuevofest Sunday bill is D.C.-based Nicaraguan roots ensemble Elena Y Los Fulanos. San Antonio / Caribbean punks Femina-X, Mexican (by way of Chicago) psychedelic salsa/cumbia band Dos Santos, L.A.-based Colombian beats generators Very Be Careful and progressive Puerto Rican act, ÌFÉ. Along with the WCL event, there are several events at additional venues such as July 17’s La Santa Cecilia show at The Foundry.

“Yes, we start looking for new Latin acts for each Nuevofest the day after the last one is wrapped” said Lucas about finding and preparing his Philly shows. “But we also have artists who can’t fit in one festival that we hold for another.”

The first five years of Nuevofest gave Lucas a feel for what Philly audiences could and would bear when it came to their new diet of Latin American music. “What I learned was that visibility and representation matter,” says Lucas. “Philadelphia is known as a good Latin market, but, for the most part, in relation to that which is dominant – Puerto Rican and Mexican culture.” But, in no way can an audience whittle down the Latin continuum’s experience to those two cultures – Philadelphia’s Ecuadorian, Venezuelan and Spanish audiences wouldn’t stand for it, at this point.

“When you book bands from Colombia, Venezuela, Argentina and Chile, there is a broad sense of appreciation, acknowledging these artists, AND, the fact that we’re bringing them here,” continues Lucas. “There’s also the fact that we present music that doesn’t fit into that folkloric traditional genre. Our audiences love that we bring those sounds, be it straight forward rock, electronic, avant-garde, whatever. We’re not just bringing you salsa dancing and Cinco de Mayo.”

With that, Nuevofest’s focus is no focus – it is wide, diverse and experimental in its form and function.

But what does Nuevofest mean to those who are playing the festival, what with the fact that it is – after 6 years – a celebrated East Coast event for audiences and artists alike?

Dos Santos vocalist Alex Chavez and his ensemble have been doing the Cubano psych cumbia thing for five years, and mostly in Chicago. The sounds they make on their new album, Logos come from that half-decade of “encountering new things sonically, culturally, at the personal level— all an opportunity to learn and grow, to enrich the art, the music,” said the singer. “We still surprise each other, despite having developed a shared language with respect to how we collaborate. We came into this wanting to explore Latin American rhythm and song, but distill that foundation through an experimental approach. This latest record is where we currently find ourselves in that journey.”

Chavez claims that the manner in which Chicago embraced Dos Santos speaks to its own “diversity,” its history as a migrant city, its cultural politics, and its deep music history. “We draw on all of that in our music and I think people recognize that,” said Chavez. In regard to Nuevofest, Chavez states that Dos Santos tried to play the Afrotaino gathering in the past, and now,”we’re excited to finally be able to do something with those folks…. which is one highlight of the programming they put on year-round. We love bringing our music to new audiences and we represent a contemporary pan-American progressive music that draws on influences of Latinoamérica—our heritage roots—and also our experiences as US Latinas/os/xs—also equally our roots.

“And so, these things come together in our music—aesthetically, sonically, and culturally—which also means engaging publics with that art,” Chavez continues. “We’re excited about being back in Philly and playing Nuevofest for the first time—Afrotaino Productions and WXPN are doing amazing and we’re happy to be a part of this year’s festival. It’s one of many stops as we tour the country in support of Logos for the next three months, which might be followed by stops in Mexico and Europe.”

For Daptone Records’ Orquesta Akokán and its eponymous debut, the idea has been to infuse the golden age of Cuban mambo with youthful zeal, technological largesse and some new luggage so to travel the globe.

Producer Jacob Plasse, singer José “Pepito” Gómez, and pianist/arranger Mike Eckroth got together to discuss being drawn to the sounds of 1940’s and 1950’s Cuban music, “especially mambo, and decided to further explore it,” claimed Gomez. “ As far as the sound or heritage, it was more about exploring this particular sub-genre that hasn’t seen much light in recent years, although certainly there have been many styles that have drawn heavily from it over the past several decades,” noted Plasse.

Ask Eckroh how this new album takes into account all that this band is – as players, composers, traditionalists and futurists – and he’s quick to answer that its debut explores the multi-faceted, multi-dimensional and multi-generational aspects that is Orquesta Akokán. “It reveals a nod and homage to everything from the past while simultaneously exploring updated methods of arranging, soloing, and so on. And of course you have to pay huge respect to the infamous and hallowed studio in which it was recorded, Areito in Havana. That sound speaks for itself.”

As for Nuevofest, several of Orquesta Akokán’s membership have “worked with Rashaan at AfroTaino productions before and were aware of Nuevofest,” said Gomez. “That said, it is as a great event consisting of some of the top and most cutting edge Latin music talents, and we are expecting a great reception from an open minded crowd that is both ready to dance, party AND engage heavily with the arrangements, compositions, lyrics, and monstrous talent of the finest musicians from Cuba and the US.”

Nuevofest takes place Sunday, July 15th at World Cafe Live in Philadelphia beginning at 4 p.m. Though the concert itself is sold out, it will be video-webcasted via VuHaus; to get details and watch, click here.