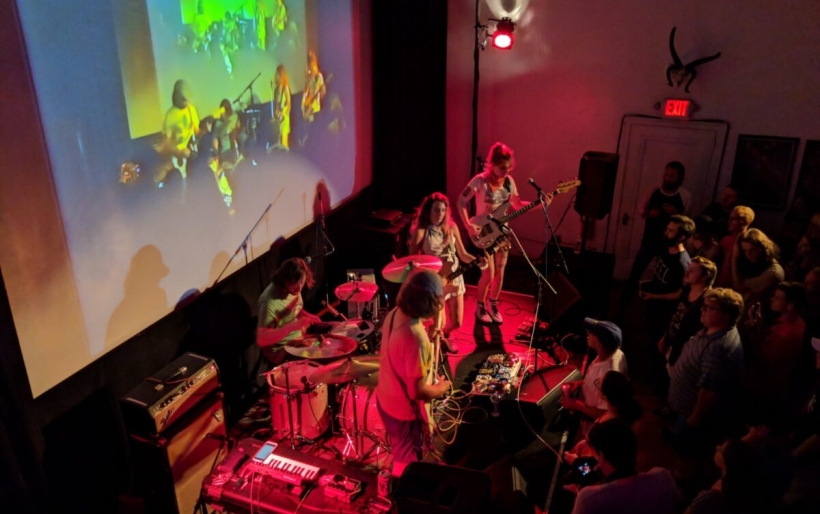 Philadelphia favorites Speedy Ortiz took the stage at PhilaMOCA to perform from their new album Twerp Verse, as well as a set of fan-requested classics. After a stint this past year performing under her electropop solo project Sad13, frontwoman Sadie Dupuis returned to showcase her intricate and intelligent rock side. The performance was dizzying, covering much of Speedy’s impressive discography and diverse sound, featuring Dupuis’ witty lyricism with guitar hooks and musicality to match.

Featuring a new Speedy lineup of bassist Audrey Zee Whitesides (Little Waist, Mal Blum + The Blums) and guitarist Andy Molholt (The Armchairs, Laser Background), as well as drummer Mike Falcone, they impressively handled the complex songs well, their songs intensely dynamic, including one or two tempo changes, and maybe a few different keys, within each one. Dupuis’ words are just as playful, with clever turns of phrase as unforeseeable as their twisting guitar hooks, singing, “I make a frown / I always wear it upside down / cuz life is carnage / I once was lost / but now I’m floundered” on “Lucky 88,” the lead single off Twerp Verse. After playing through the first three tracks off the new album, Speedy moved into a setlist of all requests, garnered from fans before the show via social media. It created an eclectic mixture of their deep cuts (“Taylor Swift,” “Silver Spring”) and fan favorites (“Raising The Skate,” “The Graduates”), as well as a request from yours truly, “Plough” from Major Arcana. Dupuis showed off her showmanship the entire time, including her virtuosic skills on guitar and pedalboard, using the space to be more creative with her vocals, punctuating the lines of lyrics with gleeful falsetto.

Before moving back to some of their newer songs, Dupuis thanked opener 2 Inch Astronaut for playing, as it would be one of their last shows, having played with Speedy Ortiz at their first show in Philadelphia, the span of a career coming full circle. They ended on “Dvrk Wvrld,” the closing track from 2015’s Foil Deer, a fittingly sleepier and darker song after a night of ecstatic and punchy punk rock.

Speedy Ortiz are continuing their tour through October, returning to Philadelphia opening for Liz Phair at Union Transfer Oct. 5th, more info here. Check out the full setlist below. 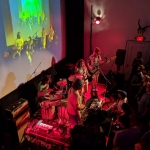