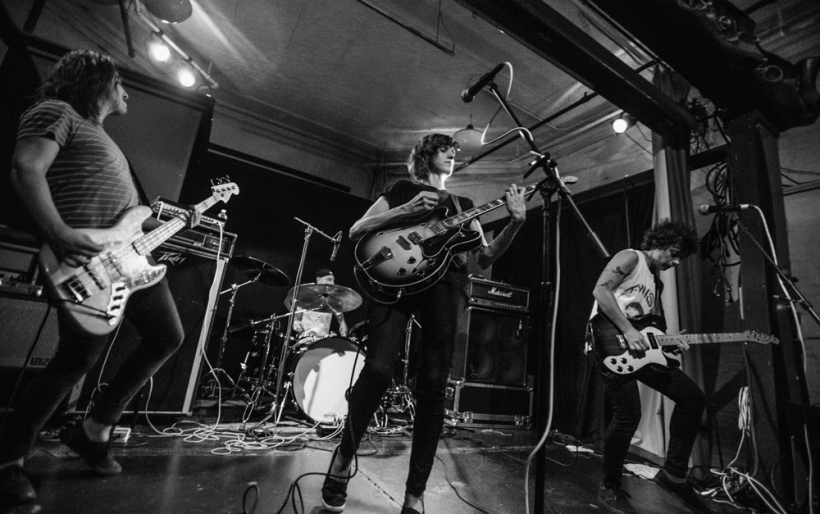 Worriers | photo by Jake Cunningham | courtesy of the artist

Next week, The Hold Steady embarks on their long-awaited two night run at Union Transfer, and we’ve just caught word of who will be opening the shows. Night one on July 26 kicks off with indie favorites Beach Slang, who are making a quick return to town after performing at Underground Arts last week in support of their latest album, Everything Matters But No One Is Listening. The second night on July 27 brings punk outfit Worriers, the project of Philly-based musician Lauren Denitzio, to the stage; they recently toured with The Wonder Years after releasing their sophomore album Survival Pop last fall.

The shows will celebrate the 10th anniversary of The Hold Steady’s revered album Stay Positive, and they’re calling it the Constructive Summer tour after the hit song off that record. But that doesn’t necessarily mean The Hold Steady won’t be bringing anything new to the mix — they recently recorded and released two new songs in preparation for the tour, “The Stove & The Toaster” and “Star 18,” which, according to the band, you’ll hear at the upcoming shows. Listen to them now via Bandcamp. Back in May they also released a pair of new tracks, “Eureka” and “Esther.”

The July 27 show is already sold out, but tickets are still available for the show on the 26th with Beach Slang. Find more information on the XPN Concert Calendar.