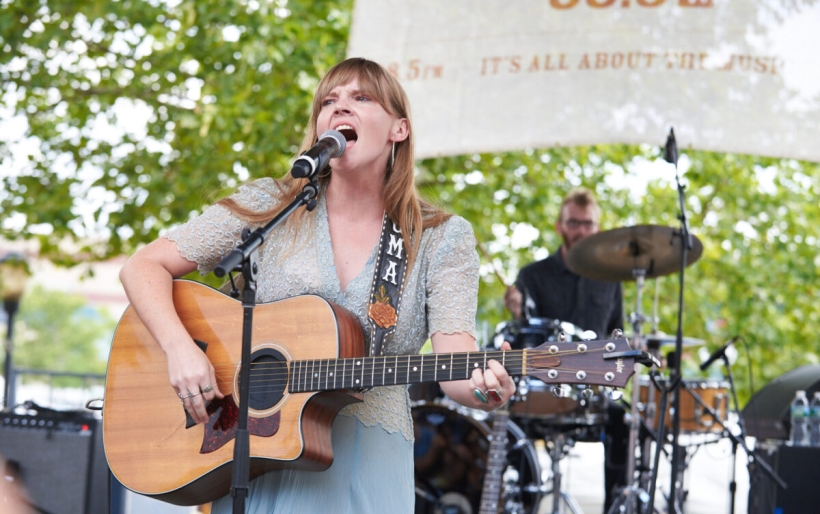 “Alright, I have a lot of feelings,” said someone in the crowd behind me at Courtney Marie Andrews‘ Marina Stage set as the musician finished her last song. With music rooted in classic Americana with a tinge of rock and roll shining through at times, Andrews isn’t your typical country singer. As she powered through today’s seven-song set, she gave the crowd a glimpse into the place of genuine kindness her earnest songwriting comes from.

It’s fitting, then, that the artist’s latest album is called May Your Kindness Remain, and that themes of kindness and compassion pop up frequently throughout her songs. Andrews also doesn’t hesitate to venture into the political, observing US culture through the lens of a touring musician — introducing “Two Cold Nights in Buffalo,” she said bluntly, “This is a song I wrote about gentrification.”

After a rousing performance of her standout track “Kindness of Strangers,” Andrews introduced the next song, “Border,” to enthusiastic applause. It’s her heaviest song both sonically and thematically, and citing her hometown of Phoenix, AZ, as up close and personal inspiration, she explained “Border” as the story of an immigrant’s journey. To round out her set, Andrews gave us a preview of a new song, ” Who Is That Woman,” and put her guitar down for a performance of May Your Kindness Remain‘s stunning title track that showcased her powerful vocals. See a gallery of photos and listen back to the set below. 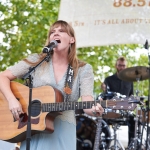