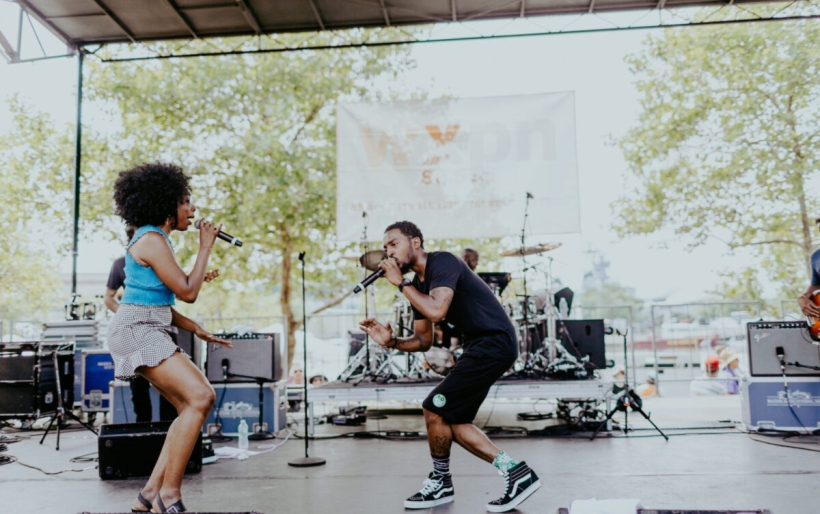 &More, the powerhouse duo of Donn T and Chill Moody, took the stage as the sun beat down on day two. As the band got the energy started, R&B singer Donn T slid in with her honeyed vocals singing the intro to their February released debut track “My Own Light.” West Philly emcee Chill Moody made his way to the stage, coming in hot and ready to spit some wisdom, as Donn T put the crowd into a daze. Shortly after, the duo brought in their dreamlike harmonies, performing “Gravity.”

With their upcoming album Ethyl Bobcat on the way, the two decided to give the audience a little treat by showcasing some new tracks “Forever First Lady,” “Whoa” and “War”. Things got a bit rowdy as they performed “Whoa,” and I even saw some lads throwing their fist into the air as Chill Moody paced the edge of the stage. Finishing with “War,” the two tamee the crowd — and this is where Donn T shined, as she laid on her strong and oh so soulful voice at maximum power.

Overall, the performance really showcased all of &Mores hardworking and progress this year. The amount of passion and dedication they have for their craft is truly inspiring. Listen back to their performance below, and check out a gallery of photos. 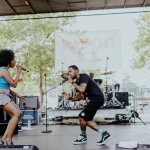