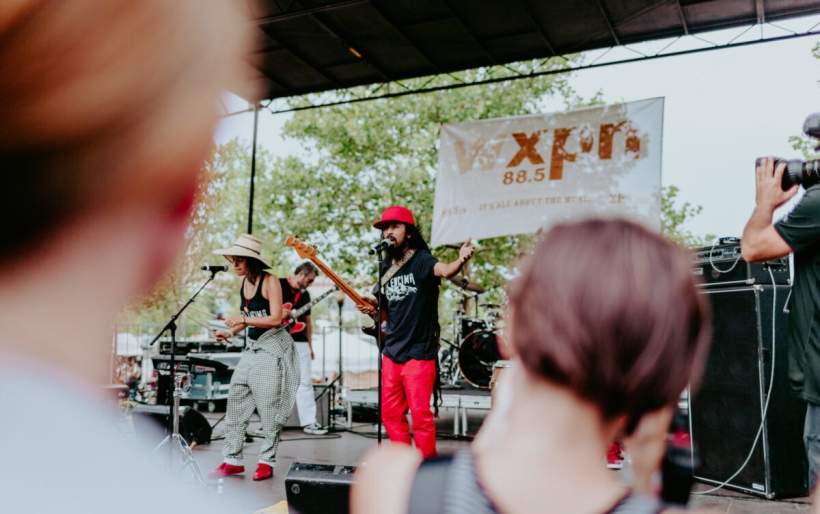 From the moment Brooklyn-based M.A.K.U. Soundsystem took the stage, a feeling of unity spread throughout the festival. “If you feel this, come together,” co-vocalist Juan Ospina said to connect the crowd. In the back half of opener “Entro y Salgo,” Ospina delivered a spoken word outro, drawing deep on his Columbian roots, a common thread among the Brooklyn-based band, which Ospina described as immigrant beat and immigrant rhythm.

The live iteration of the band at XPN Fest contained five members, frontwoman Liliana Conde on vocals and percussions via a Midi drumpad, Juan Ospina on bass and providing co-vocals, Camilo Rodriguez on guitar, Moris Cañate on the tambor alegre, and drummer Andres Jimenez. Both singers trade vocal responsibilities on “Nunca Fácil,” encouraging the crowd to join on the call and response chorus, the vocals soaring throughout the festival.

The band’s closing track, “Llama,” had multiple meanings according to Ospina, who explained “llama” could mean either a fire or a call in Spanish, or even just the animal in English. Conde chimed in, tying it all together, saying its about “a fire inside you that’s calling you.” The track started out as a slow jam but suddenly increased the tempo on the stop of a dime, launching into a frenzy filled with layers of vocals and a storm of percussive work. The band would retreat back to the groove-instilled slow jam one more time before stirring up a frenzy to close out the track and their set.

The band’s deep rooted grooves in the rhythm and beat overtook the energy of the festival, spreading inclusive and welcoming vibes throughout the crowd and beyond. Check out photos from the set below, and listen to an archive of the full performance. 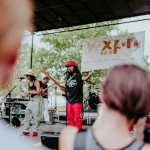