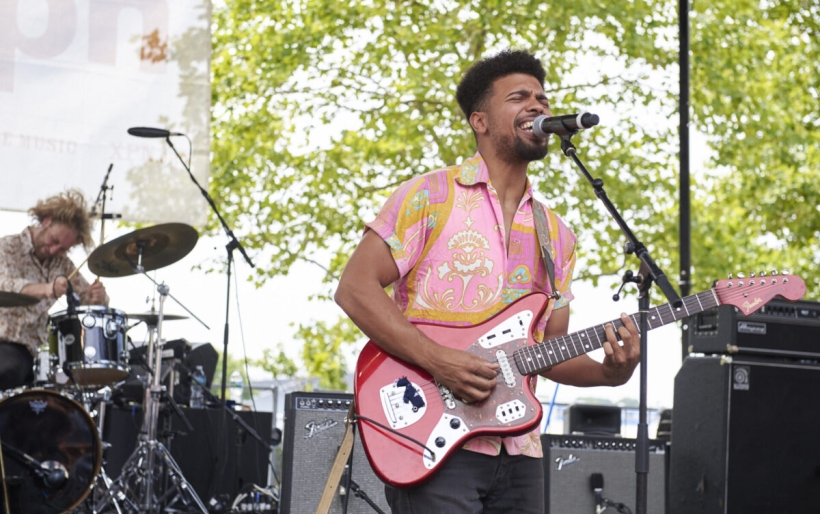 For suburban Philadelphia native Devon Gilfillian, today’s set on the #XPNFest Marina Stage was a homecoming show of sorts, and the songwriter quickly got a groove going to celebrate. Now based in Nashville, Gilfillian’s chilled-out, bluesy tunes fit well in any region, especially during a breezy afternoon on the waterfront.

Joining Gilfillian onstage was his four-piece backing band, which, as he pointed out halfway through the set, included a special guest — his father, Nelson Gilfillian, holding things down on percussion. Gilfillian last released a self-titled debut EP back in 2016, but his six-song set today gave us a good look into what’s next for the musician, whose festival came as a short break in his busy recording schedule.

Gilfillian introduced his third song, a soulful new one called “Dangerous,” as a reminder to love people despite their differences, and then gave a shoutout to the merch he brought, which includes a t-shirt featuring his cat. Before launching into another new song, “Unchained,” Gilfillian told the already-on-their-feet crowd, “Don’t be afraid to shake your booties out there.” But the set’s definite highlight came during “Here and Now,” when Gilfillian and his entire band — dad, too — decided to get down low … and lower, and lower, until they were all lying on their backs on the stage. Met with the crowd’s cheers of encouragement, they all jumped back up to close with “Troublemaker,” the lead single off the work-in-progress new album. 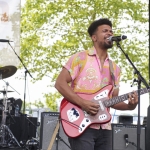