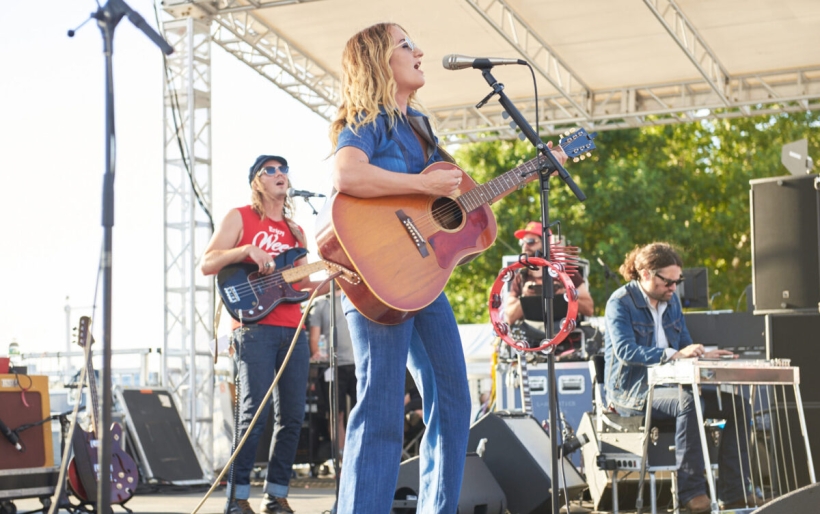 If you couldn’t tell by the band’s getup, Margo Price and company were the country act of the 2018 XPoNential Music Festival. Well, in Wiggins Park at least. More to come on Sturgill Simpson’s BB&T outing later today. But from Price’s own two tone denim jumper and sunkissed blonde hair to her bandmate’s Neil Young & Crazy Horse t-shirt, and more denim on stage than there was in the crowd, it was apparent from the moment the band stepped on stage that the River Stage fans were in for an early-evening Country affair.

Throughout the set, Price performed from every square inch of the stage, and used just about every instrument on it, too. She switched from acoustic to electric guitar and back, hit the tambourine, and even delivered lively fills on the drums on both “Four Years of Chances” and “Casey Jones.” Price looked at home on the drum kit, delivering the catchy “Casey Jones” chorus and increasing the tempo with each passing phrase to end the song in a dizzying frenzy. The band’s other exciting jams came in the form of “Paper Cowboy” and “Four Years of Chances,” where on the latter song Price originally transitioned to the drum kit, addicting to the swirling rowdy outro.

Countrified covers were sprinkled throughout the Nashville band’s set, including “Mary Jane’s Last Dance” by Tom Petty and ending with an extended jam to the tune of Creedence Clearwater Revival’s “Proud Mary.” The call and response chorus rallied the concert-goers one last time as the sun began to set on the River Stage. With the light at their backs, it became harder to make out the band members on stage but added a beautiful glow to the band’s already radiant stage presence.

View the setlist and pictures from Margo Price’s set below. 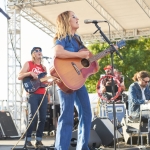