Nick Cianci's High Fidelity Depressed is anything but a downer - WXPN 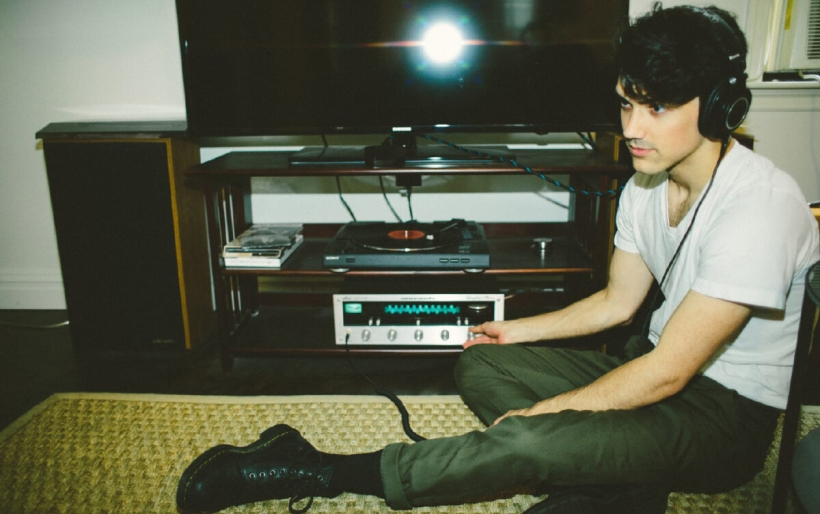 Nick Cianci’s High Fidelity Depressed is anything but a downer

Philadelphia-rooted singer-songwriter Nick Cianci‘s debut EP High Fidelity Depressed is a high-energy take on themes of angst and loneliness. With beautifully intricate guitar melodies and clear, eager vocals, the recent NYU grad via the Clive Davis Institute of Recorded Music has proven that he’s clearly not new to the game. His sound is incredibly mature and perfected, even though he’s a solo artist. Not only is he a gifted musician and songwriter, but he also understands the technicalities of production. That’s his edge right there.

This four-track EP stretches through the genres of blues, indie, and rock. With roots in blues rock dating back to an early high school band, Riley Road, Cianci has branched out and changed his sound to better fit a solo act and new songs, but there’s still a hint of it in tracks like “Your Notebook” and its bouncing guitar riffs.

“Sparkling Jenny,” which was a single released earlier this year, begins with a poppy and ethereal intro, with layered vocals and, almost literally, a sparkling guitar. It’s one of the more experimental tracks on the EP, and it’s a seriously cool change of pace.

“When I’m Not Around” and “Jamie (The One I Love)” have that classic indie vibe down. Where the former is croony, the latter is totally guitar heavy with echoing, angst-ridden vocals. Two ends of the indie spectrum for sure, and it works.

While this EP’s title leads the listener think that this will be a collection of heartbreaking songs, it’s anything but a downer. As juxtaposed as it may be, these songs make me want to dance. It’s in the lyrics where you’ll find the true message. These songs are sort of sad, but they don’t make you feel that way.

You can see Nick Cianci on tour August 3rd at Connie’s Ric Rac — more information can be found here — and you can stream High Fidelity Depressed below.