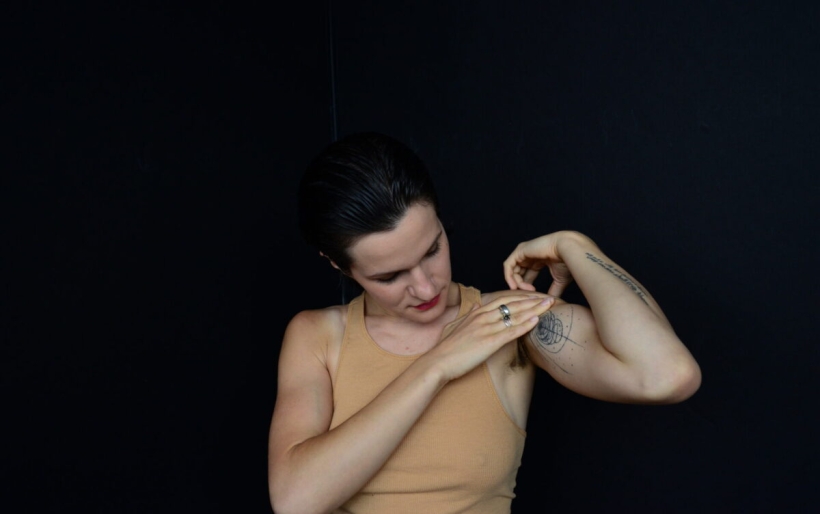 Adrianne Lenker | photo by Shervin Lainez | courtesy of the artist

Capturing Lenker’s rich songwriting in a haunting and intimate folk arrangement, “cradle” is a chilling track that recalls the minimalist dirges of Sun Kil Moon. Talking of the album’s creation, Leneker says she “felt a growing need to document this particular time in her life in an intimate, immediate way.” The album, then, is her “document” of the songs she’s written for herself while touring and recording with Big Thief over the last few years.

Listen to Cradle here. abyskiss will be released 10/5 via Saddle Creek; preorders are available here.