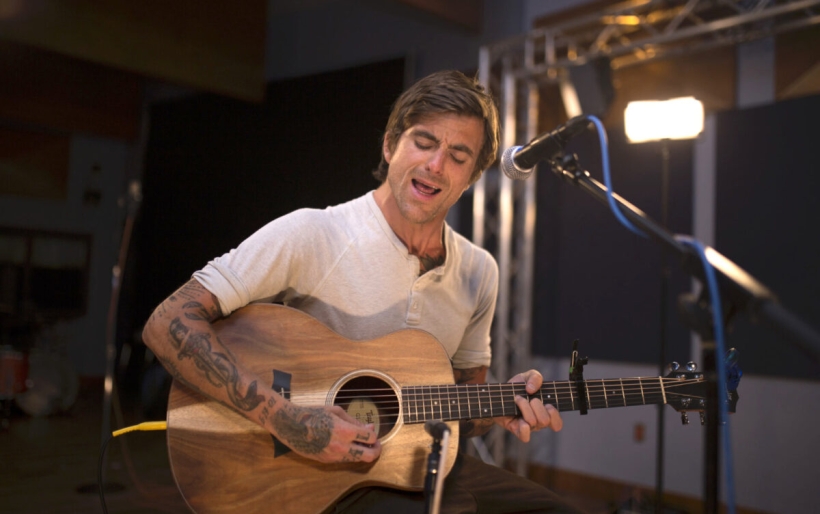 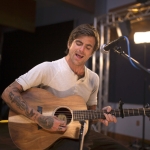 It seems like there’s a fountain of wisdom coming from Anthony Green these days. Maybe it’s his hard-won sobriety and the introspection that comes with battling depression. Maybe it’s the fact that he just came off of a tour that simultaneously looked back and looked ahead, celebrating the 10th anniversary of his solo debut Avalon as well as his latest record, Would You Still Be In Love, released last month on Memory Music. Maybe it’s the fact that he’s fully embraced his role as a rock and roll dad — as anybody who follows him on social media will tell you, this dude clearly loves the heck out of his kids.

But as Green played songs from the new record in a breathtaking, intimate solo acoustic session at WXPN Studios recently, it felt at points like he was letting those experiences had and knowledge obtained over his 36 years creep into the room through his striking tenor voice. Sure, the pensive “You’re So Dead Meat” is full of existential self-doubt, the heavy topics that fill the lyric sheet of his other musical outlet — the acclaimed progressive alternative band Circa Survive — but elsewhere, the beacon of hope becomes less of a faint glimmer and more of a bright light.

“Changing Shape” is a meditation on aging, growing into adulthood and beyond, but also the experience of doing it during dark and uncertain times. The song is nervous, but it’s not fearful — rather, Green’s narrator is accepting of their situation and resolved to keep moving foreward.

The poppy “Very Lynn,” which opens the set, has one of his most direct advice-giving lyrics:

It’s a point of view that can only come from somebody who’s gone through the music industry ringer and knows to take the long view; the song’s title references Dame Vera Lynn, the 101-year-old British singer who saw huge success during the WWII years with songs like “We’ll Meet Again,” but then continued making music for the rest of her life. Green’s view on how one does that? “Love like every day’s your last one / Exploding with passion, pretty soon you’ll see.”

Speaking of “Love,” let’s talk about the song that closes his Key Studio Session. Astute listeners will immediately recognize it from the Walt Disney animated feature Robin Hood; as we were setting up the studio, Green said that fans either recognize that fact and enthuse over it, or they compliment him on a beautiful song, at which point he has to sheepishly admit that it’s not his. As Green tells it, he was in the waiting room of a doctor’s office with his kids, when he heard the song drifting across the office’s recycled air. It was playing on TV in the other end of the room, but disconnected from the visual of dashing foxes wearing medieval garb, and focusing simply on the words being sung by Nancy Adams, it’s a message that’s simple and pure and universal: “life is brief, but when it’s gone, love goes on and on.”

Watch Anthony Green perform live in the WXPN studios in the two videos below, and listen to an archive of his entire performance via Soundcloud below. Would You Still Be In Love is available now via Memory Music, and can be ordered here, and you can see Green on stage this fall, fronting Circa Survive on a badass tour with La Dispute and Queen of Jeans; details on that tour can be found here.