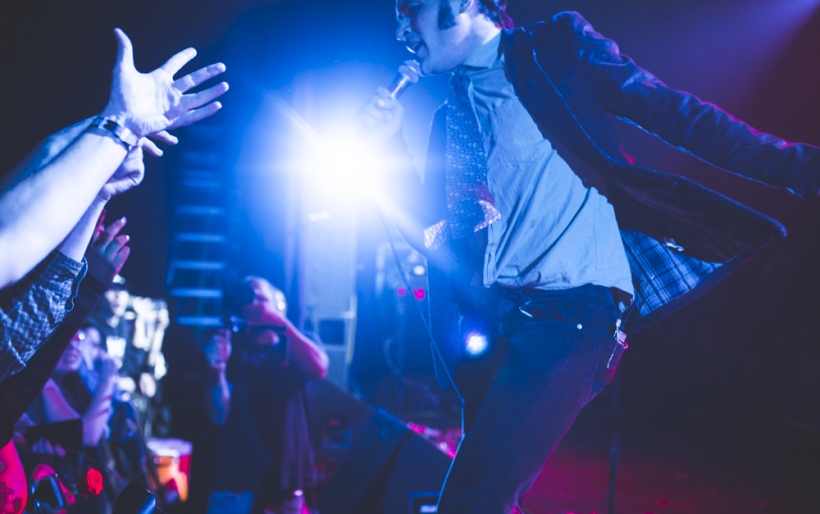 Listen to a heavier side of mewithoutYou on new track “Julia (or, ‘Holy to the LORD’ on the Bells of Horses)”

One can never quite pin down mewithoutYou. In their nearly two-decade career the esoteric Philly rock band have covered ground from freak-folk to garage rock. Their most consistent feature is the enigmatic spiritual lyrics of vocalist Aaron Weiss. Based on the title of their new track, “Julia (or, ‘Holy to the LORD’ on the Bells of Horses)”, listeners can rest assured that quality has not been lost. Musically, however, the song is something of a shift.

The mix is heavy with walls of guitar fuzz and blasting arena drums as bombastic as a Metallica record. Weiss’ vocals are obscured and effects-laden, and the dramatic climax duets a restrained lead vocal against a backdrop of all-out screams. It’s something of a jarring style, but one that befits the band’s fiery old testament sensibilities. Watch the video for “Julia…” below.