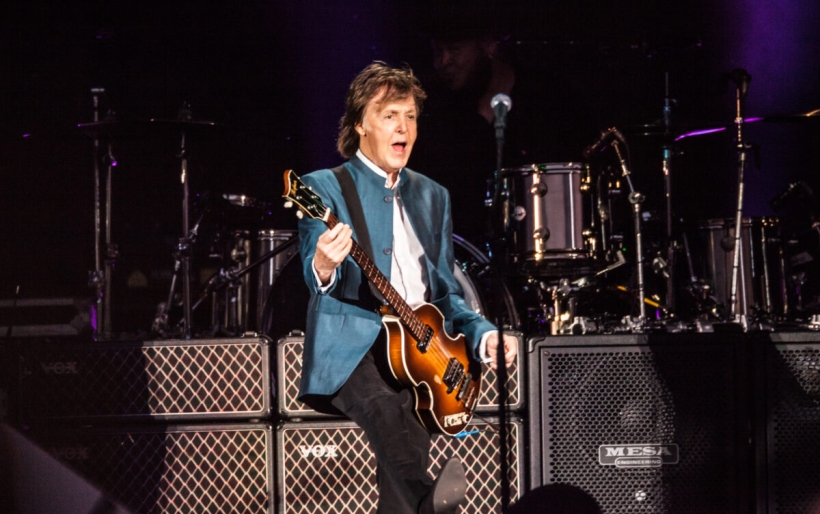 Sir Paul McCartney releases his 17th solo studio album, Egypt Station, on September 7th via Captiol Records. Today, he released his latest single from the project, a sparkling, ultra poppy song produced by Ryan Tedder (the singer of OneRepublic who has produced singles for Ariana Grande, Beyonce, Maroon 5, U2, and many more). The name of the song? “Fuh You.”

With this one I was in the studio with Ryan Tedder whereas the rest of the album has been made with Greg Kurstin…. We were just thinking of ideas and little pieces of melody and chords and the song just came together bit by bit. And then I would try and make some kind of sense of the story. So it was like, “Come on, baby, now. Talk about yourself. Tell the truth, let me get to know you,” and basically I wanna know how you feel, you make me wanna go out and steal. I just want it for you. So that was the basic idea and it developed from there…. Sort of a love song, but a raunchy love song. There you go—fuh you.

Short of the hook, it’s honestly not as raunchy as McCartney makes it out to be — “Fuh You” falls more in the realm of another silly love song, the sort McCartney’s written countless times over his near six-decade career. And what’s wrong with that? Listen below.