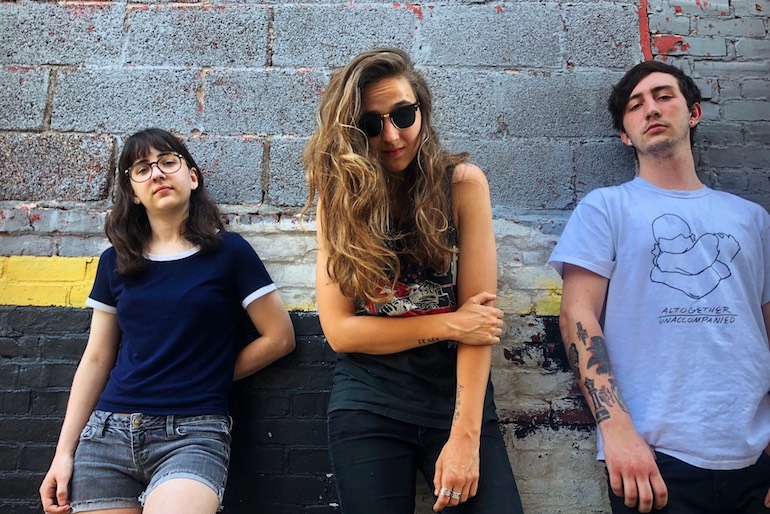 Wallace | photo by Katy Mauer | courtesy of the artist

A classic coming of age song, frontwoman Wallace Gerdy finds herself disapproving her best friend’s choices on her most recent single, “Keeping Composure” by Wallace. The track was released last month, and earlier this month the single received the music video treatment, animating the lyrical content of Wallace’s displeasure of her friend’s choices at parties, or maybe just in general. A song birthed by change, Wallace sings “It’s hard to keep composure when your best friends are getting high in the next room.”

The rising emotions of finding your friends partaking in some questionable decisions in the back room at a party eventually reaches the the point where you want to smack them in the face, and the aggression comes out through Wallace’s urgent delivery on the track. Trying to keep your cool and go with the flow can be tough when you’re fed up, and Wallace paints the range of emotions quite vividly on “Keeping Composure,” both lyrically and visually.

The previously released single, “Sunny Monday,” along with “Keeping Composure” are set to appear on Wallace’s upcoming full-length, out this September.

Wallace performs next month at Lancaster’s Recovery Day celebration. Check out the Facebook event for the day here, and view Wallace’s latest video below.