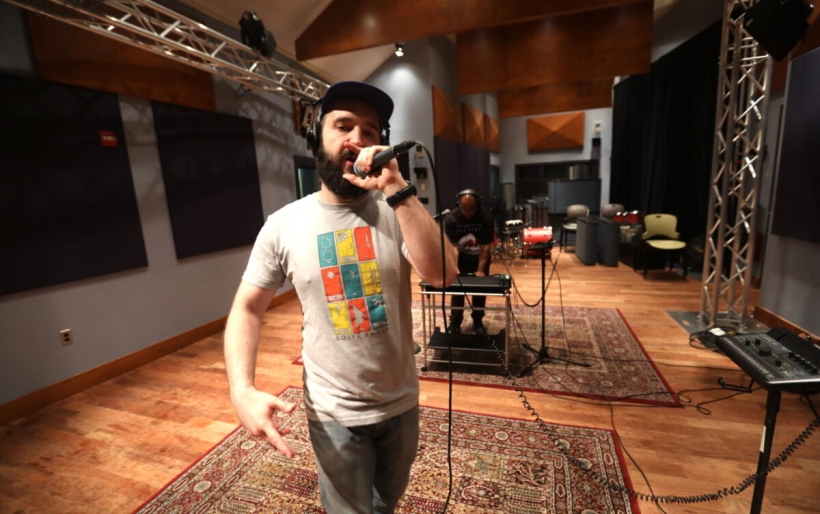 Throughout the EP, Zilla Rocca embraces an old school style with the beats and instrumentation on this EP. “Alive and Paid” is a standout, with its gritty Mobb Deep flow, while the murky “Fake Money” echoes the self-styled “noir-hop” of his extensive back catalog. Zilla keeps busy through collabs with scene friends; when he’s not rocking the mic solo, Zilla Rocca has most recently shown up as half of the duo project Career Crooks; check out their recent Key Studio Session here.