Music Of The Fringe: The many sounds of Fringe Fest 2018 - WXPN | Vinyl At Heart 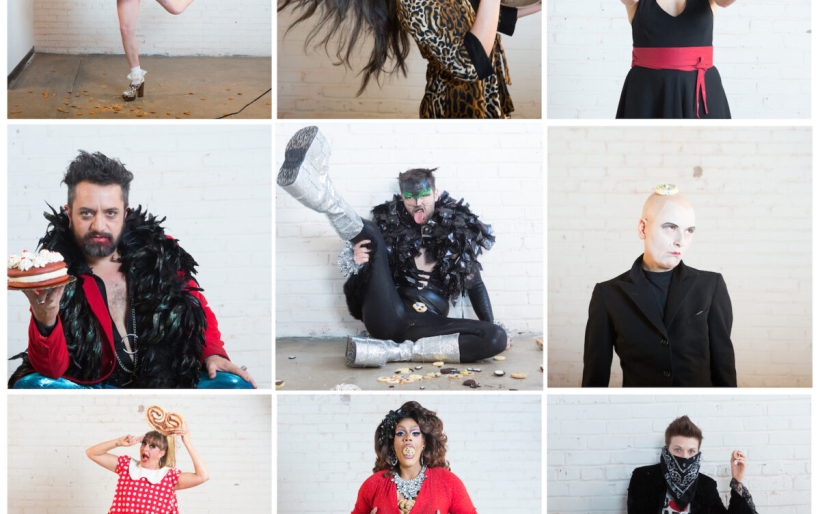 Bearded Ladies Cabaret will bring Do You Want A Cookie? to Fringe 2018 | courtesy of FringeArts

Music Of The Fringe: The many sounds of Fringe Fest 2018

When Fringe Arts’ President, Producing Director and Founder Nick Stuccio talks about the sound of his 2018 Fringe Festival of performance artists, avant-garde theater practitioners and free-flying musicians on various stages throughout the city, the first thing he equates it with is the fest’s dedication to experimental dance, “the heartbeat of movement, its emotional core,” he notes. As a one-time dancer from the Pennsylvania Ballet and one of the co-founders of the Shut Up & Dance charity, Stuccio will always unite music and dance as an essential part of his DNA – sonorous or not-so-sonorous sound as a trigger for motion and emotion. Beyond having a shady mix of sounds, both era appropriate and modern, accompany the likes of choreographer Trajal Harrell’s “Caen Amour” and its present day realness of black and LGBTQ issues toward the hoochie-coochie, music is an invaluable singular arc of the Fringe.

Starting September 6, running until September 20 (with a food-driven Fringe charitable finale, Feastival, occurring Sept. 27 at FringeArts HQ on Columbus Boulevard), the Fringe Festival is, as always, divided into two groups: “FringeArts Curated” pieces of epically devised work from around the globe and around the block, and “Independently Produced” host of smaller, but no less crucial work.
A list of both divisions is here with addresses and tickets available next to each production. Here are several elemental necessary moments of music and mood within the Fringe 2018.

This moody ECM artist is creating barely moving, but truly moving, emotive still lives featuring  the words of Gertrude Stein, and members of the Philadelphia Orchestra and Tempesta di Mare to look at the after effects of war on all who live through it. As for Stifters Dinge, this lonely show with no human performers features player pianos and analog machines doing the work of many. // Songs of Wars runs September 7 through 9 at FringeArts // [TIX + INFO]  // Sifters Dinger runs September 7 through 9 at The Navy Yard // [TIX + INFO]

With #MeToo a part of an everyday dialogue, what is feminism at this point in our daily existence? Five local theater-based women use their own brand of self-composed songs and radical cover tunes to tell what’s up beyond #Time’s Up. // September 15 through 18 at Asian Arts Initiative // [TIX + INFO]

In Plain Air — by the International Contemporary Ensemble, composed by Phyllis Chen and Nathan Davis

Presented in partnership with Christ Church Preservation Trust and held at the Christ Church at 20 N. American Street, this inaugural musical event heralds the arrival of the Church’s new C.B. Fisk pipe organ, and, in surprising ways, makes use of the entire Christ Church campus. // September 22 and 23 at Christ Church // [TIX + INFO] A live, working in process music video featuring music by Sia? And there’s chocolate? I’m there, no matter what it looks like? // September 6 through 8 at The Whole Shebang // [TIX + INFO]

Of Arms and the Man — by The Crossing, conducted by Donald Nally

Do You Want A Cookie? — by Bearded Ladies Cabaret with after performance parties following each show.

In an abandoned warehouse on N. 10th Street, Ladies man John Jarboe, composer / pianist Heath Allen, and the rest of their Bearded crew show off the musical fruits of a year spent a year abroad studying cabaret and drag history in order to present a lasciviously seductive and achingly smart showcase that, at times looks like a cross between The Great British Bake Off and Chicago.  Each night during the run, there’s a Late Night solo soiree with locals such as Mary Tuomanen and  Dito van Reigersberg. // September 6 through 16 at 448 North 10th Street // [TIX + INFO]

Berlin to Broadway with Kurt Weill, a Musical Voyage — by West Chester University of Department of Theatre and Dance

Any excuse to hear Weill, from Mahogany to The Threepenny Opera, explore misplaced lust, government corruption, corporate greet, racism and warfare works for me. // September 16 at L’Etage // [TIX + INFO]

Several members of Radio Eris, the toast of crusty avant-garde West Philly, are part of this arsenal of free-for-all carnivalia. // September 8 at VoxPopuli // [TIX + INFO]

The Accountant — by Trey Lyford, with Cole Kamen Green

Memory, despair and grief never had such an exploratory level of audience participation as will this rapier fast, action-packed and witty production. Expect to see origami, pratfalls, slapstick and what is promised as “kinetic set elements to create a piece that celebrates the beauty shuddering in the depth of the details and the poetic humor embedded at the epicenter of loss.” Along with that comes the accompaniment of Philly trumpeter Cole Kamen-Green, who — according to Dan Deluca and checked by me — has the dubious distinction of playing on, and doing horn arrangements for,  Beyonce albums such “4” and “Beyonce,” and singles such “Love on Top” and “Party.” Dag, How Fringe-y Is THAT? // September 6 through 9 at Christ Church // [TIX + INFO]
Related Content
View All Related Content