Bob Dylan, Kurt Vile and Amos Lee are on the initial lineup for The Met Philly - WXPN | Vinyl At Heart 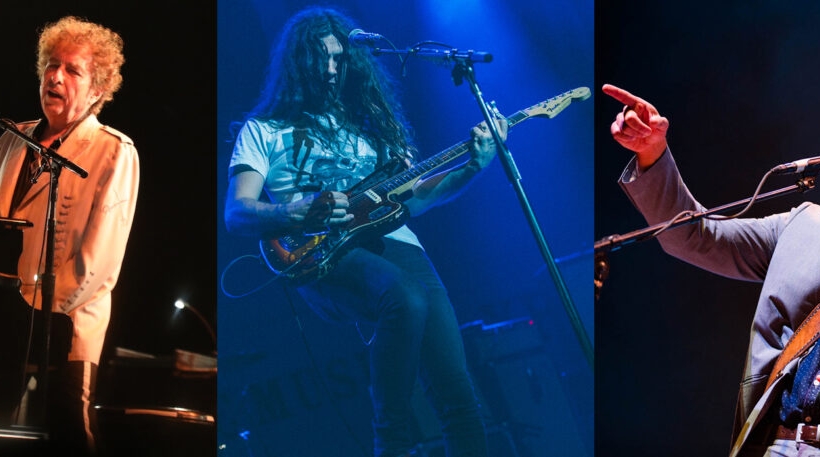 Bob Dylan, Kurt Vile and Amos Lee are on the initial lineup for The Met Philly

Singer-songwriter icon Bob Dylan will be the first artist to take the stage at the newly renovated venue The Met Philly, which opens on December 3rd. The initial lineup was announced this afternoon in a press conference from promoters Live Nation, and it also features Philly son Kurt Vile playing his hometown album release for his new Bottle It In LP on December 29th, and fellow hometown hero Amos Lee headlining on April 6, 2019.

The press conference also featured an overview of the renovated historic building, which was built in 1908 by theater producer Oscar Hammerstien; over the course of the 20th century, it served as an opera hall, a recording space for the Philadelphia Orchestra, a movie theater, a ballroom, a circus venue, and most recently, a church.

“This music venue will continue the revitalization of North Broad Street, which is in the middle of a renaissance right now,” Philadelphia Mayor Jim Kenney said at the press conference, noting that it brings the arts to North Philly via “a major, world-class venue.”

Developer Eric Blumenfeld headed up the restoration of the building; he was also responsible for the work done to The Divine Lorraine Hotel, where the press conference took place, just a few blocks away from The Met. “When I think about Philadelphia, and all of the culture, all of these wonderful buildings, and the fact that nobody ever saw this corridor…it’s just mind blowing,” said Blumenfeld.

City Council President Darrell Clarke echoed those sentiments, saying projects like the Divine Lorraine and The Met are “bringing life to North Broad like I’ve never seen before. This is truly a godsend.”

Below, listen to music from some of the initially-announced artists, and view the full schedule. For more information, visit the venue’s website.