Sting talks with XPN's Helen Leicht about working with Shaggy, finding ways to surprise himself, and the first Philly show he ever played - WXPN | Vinyl At Heart 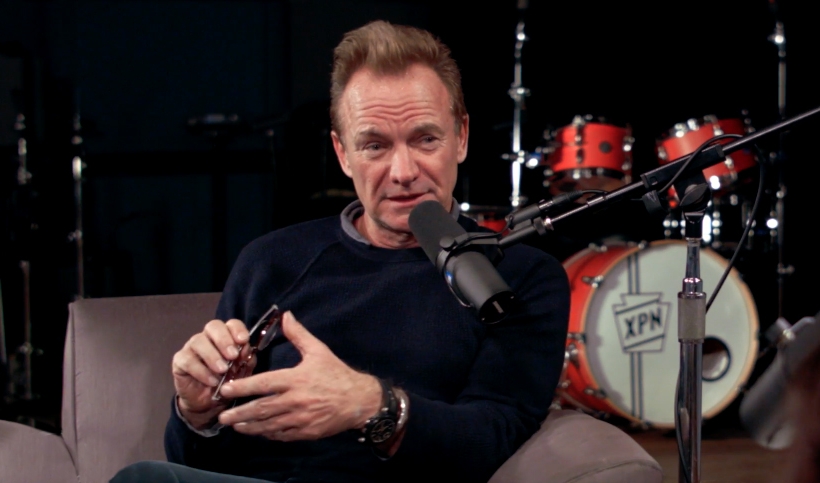 Sting talks with XPN’s Helen Leicht about working with Shaggy, finding ways to surprise himself, and the first Philly show he ever played

This year, British rocker Sting and Jamaican reggae star Shaggy teamed up on the collaborative album 44/876, named after the international calling codes for their respective countries.

“It’s really a conversation between Shaggy and I,” Sting told Helen Leicht today in an on-air interview on the WXPN Midday Show. “It’s a conversation between two guys from completely different parts of the world, from completely different cultures, but who care about the same things.”Over the course of the ten minute interview, which comes in advance of Sting and Shaggy’s September 20th show at The Fillmore Philadelphia, Sting shares his views about the collaboration that many in the rock press deemed unlikely (even though Sting’s earliest records with The Police were brimming with ska and reggae), and what the artists each bring to the table.

“The great thing about Shaggy is how spontaneous he is, how he can write songs on the spot,” says Sting. “I’m much more private and cautious. He’s encouraged me to be more spontaneous. And I’m encouraged him to sing more, he has a really good voice!”

They also discussed the element of surprise — Sting says “I’m always trying to surprise the audience,” but he adds that it’s just as important to surprise himself in the dreaded songwriting process. He also speaks admirably of young musicians taking a political turn in recent years, since “We all have a stake in the future.”

And he doesn’t leave before recalling his earliest gigs in the 215. “Philadelphia has always been a very important city to me, since the days of Grendel’s Lair,” he says. “I remember it very clearly.”

Listen to the interview in its entirety below, and get tickets and more information on Sting and Shaggy’s Fillmore concert at the XPN Concert Calendar.