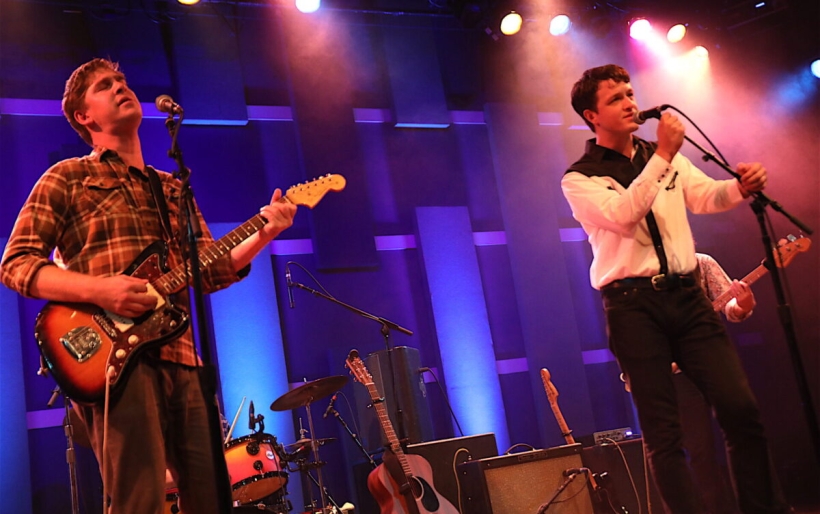 Stereo League is XPN’s Artist to Watch this month, and many eager new fans got a live introduction to the up-and-coming local band at today’s Free at Noon. After forming in 2016, the Philly natives who describe themselves as a “musical collective” have often been found playing shows around town, but usually as the openers. Now, Stereo League is beginning to gain more traction, and after the release of their debut full-length album A Light on Each Side this summer, it seems inevitable that everyone in Philly and beyond will soon know their name.

Stereo League shared a neat sampling of their catalogue during this afternoon’s eight-song set, immediately capturing the audience’s attention with breezy radio hit “Mother Tongue,” which is also the new album’s opening track. The band originated as the project of songwriter and vocalist Alex Savoth before the full collective was assembled, and the recording process for the new album involved about a dozen musicians, but each member’s contribution to the five-piece live act blends so seamlessly that you’d never guess Stereo League has seen so many iterations.

The band rounded out their set with several A Light on Each Side tracks that walk the balance between fiery rock songs and laid-back slow-burners, and shared the story of how one song, “Whatever Floats,” was written by guitarist Dan King several years before Stereo League even formed. A few unexpected highlights came in the form of a Mazzy Star cover, and a new song called “Just Enough” that alluded to the new material they may have in the works. Stereo League closed with the simmering and drawn-out “Don’t Lay Your Head Down,” the first single they recorded and released together as a band.

Stay tuned to Stereo League’s website for any upcoming tour dates, and revisit today’s performance in the photos below. 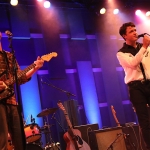