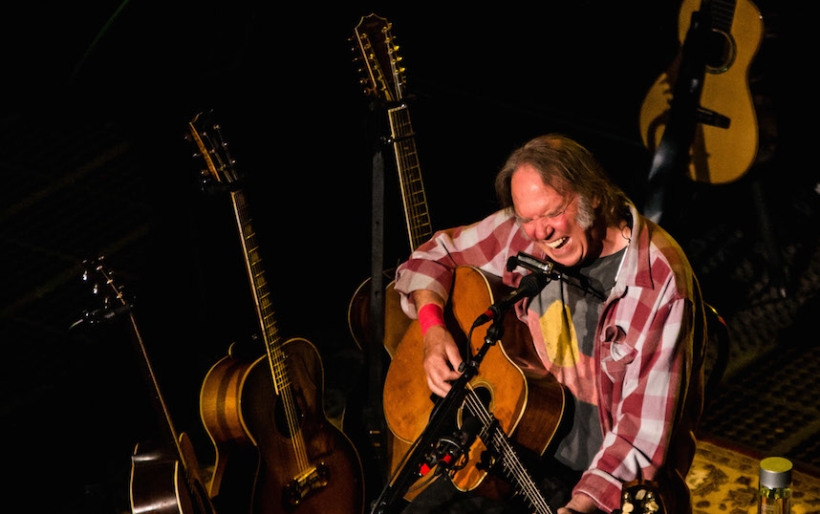 Neil Young has secrets, and at least two of them will be at the Tower Sept 30 and Oct 1

Neil Young is good at keeping secrets. Do you know if he’s really married to Daryl Hannah? I don’t. Do you know if he’s ever releasing those self-recorded Crazy Horse albums or that cartoon “Trans” film, he mentioned a while back? Doesn’t he have several clandestine albums in the works? Probably.

Two secrets that he’s just barely sharing today, Friday, September 21, is that he will perform tow solo shows at Upper Darby, PA’s Tower Theatre, September 30 and October 1. He’s knocked off a few of these solo shows in the last week, but what is most exciting is that you have to go to and join NeilYoungArchives.com to get the tickets, starting NOW. No Ticketmaster.

That said, Neil’s Archives is a delightful adventure that I spoke about here with Young’s longtime manager, Eliot Roberts, during Young’s last secret project, his forever-in-the-studio fix-up of his directorial debut, Human Highway.

Go get those tickets.