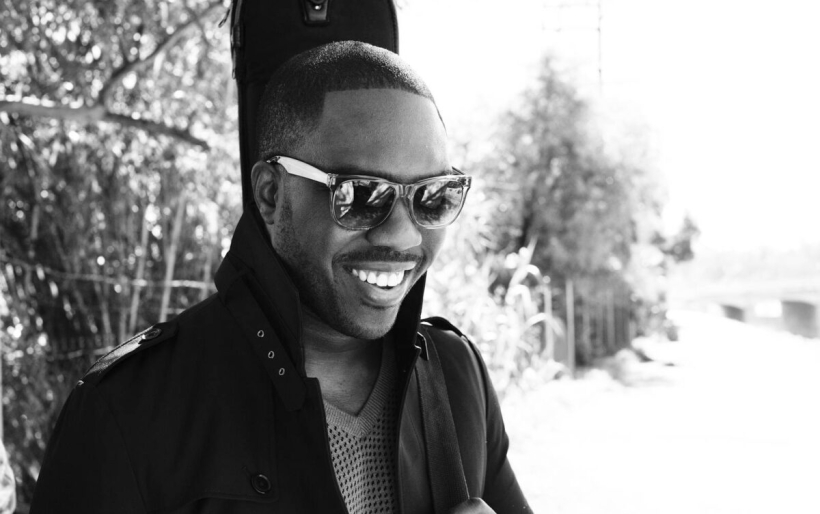 The closing night of this year’s Philly Music Festival might just be the most unique and exciting part of its lineup. Derrick Hodge, a Philadelphia born-and-raised bassist, composer, producer and jazz luminary, curated a night of music called Philly State of Mind, where he’ll perform alongside a revolving cast of his peers and mentors — including James Poyser, a pianist known for his work with The Roots; Eric Wortham, another keys player who has worked with Jill Scott and Adele; Jaleel Shaw, a renowned saxophonist; DJ Rich Medina, one of the best turntablists to come out of the 215; plus a bevy of unannounced guests and surprises.

Basically, it’s going to be a once-in-a-lifetime gig for jazz fanatics, as well as a good introduction to our city’s contemporary jazz lineage for newbies, and Hodge called in to the WXPN Local Show this week to get us hype for the gig with an interview and guest DJ set.

In his hour-plus appearance, Hodge discussed his free-spirited approach to writing music, and how we can’t talk about jazz in 2018 without talking about music as a whole, since jazz is a melting pot of genres and influences. “Technically, I learned jazz last,” he says with a laugh. Hodge describes Philadelphia the same way, and talks about getting his start locally at Temple University’s Esther Boyer College of Music, and then connecting with a network of players who mutually tried to get one another gigs and uplift each other’s talent. He shares a memory of listening to the Philadelphia Orchestra rehearse at age 11, and how that opportunity shaped him as an aspiring artist.

He shares music from the friends he rounded up to play Philly State Of Mind, beginning with one of his earliest mentors, Poyser, who played keys on Lauryn Hill’s “Nothing Even Matters” to his peer and friend Shaw, who released his Supreme Sonacy project in 2015. Hodge also gave a sampling of his own solo albums, Live Today and The Second in this DJ set, and talks about the guests he worked with on them — like Chicago rapper Common, and singer Alan Hampton.

Listen to Derrick Hodge’s full guest DJ set on WXPN below, and get tickets and more information on the Philly Music Fest here. Hodge tells us that his next move is heading into the studio this fall to record his third LP, so be on the lookout for that in 2019.

Derrick Hodge and Alan Hampton — “Holding On To You”