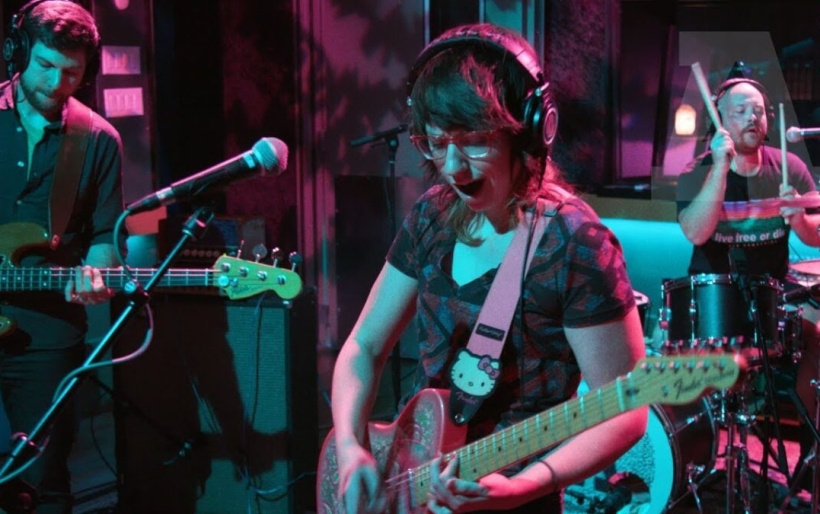 A month after recording, Grace Vonderkhun has unveiled her Audiotree Session, recorded as the Delaware indie rocker and her band were wrapping up their east coast tour. The set featured songs from their latest album Reveries, released in February.

Grace clutched a paisley patterned Fender hung with a pink Hello Kitty strap, a comically cheeky contrast to the band’s harsh-edged, grunge sound; she was joined by bassist Brian Bartling and drummer Dave Mcgrory. In between songs, the band discussed an upcoming music video, their sold out record release show in a Wilmington arcade bar, and recording their record on analog in a log cabin. Check out the full session below.