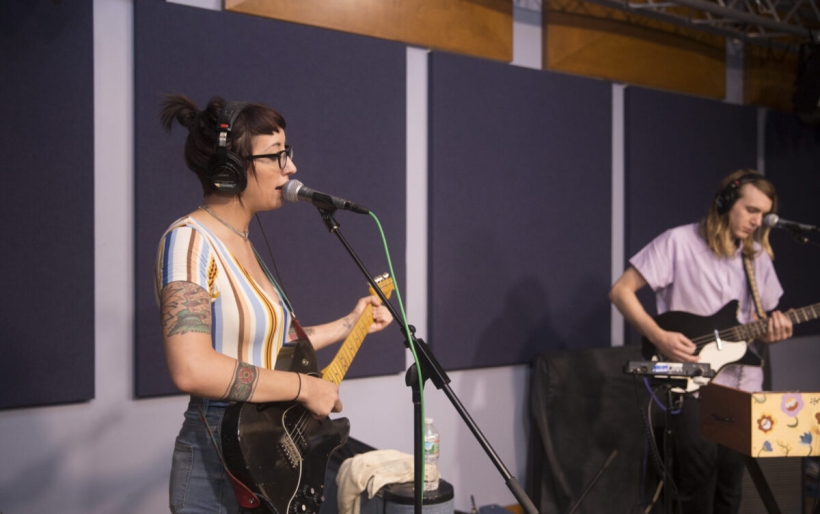 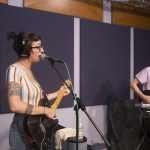 Augusta Koch loves a poignant turn of phrase, no matter what the music backing her sounds like. You might know her best from her power trio Cayetana, and its jagged, guitar-bass-drums driven punk rock; her new project Gladie is built around softer, more serene synthpop and atmospheric electronic soundscapes; in both cases, the words are a crucial component to the music’s connectivity.

“I am angry, I am lonely, but I’m optimistic too,” she sings on “20/20,” a downbeat anthem about embracing the maddening uncertainty of life. On “The Problem Is Us,” she sums up the breakdown of interpersonal relationships so succinctly: “When it’s bad, it’s bad / when it’s good, it’s good / when you’re out, you’re out / just like I knew you would.” Koch doesn’t favor overly busy lyrics; she prefers an economy of words that get straight to the crux of whatever topic or emotion she’s seeking to illuminate, and she makes them an endlessly repeatable refrain. You hear it, you remember it, you feel it, you get it.

For Gladie, Koch teamed up with Matt Schimelfenig of Three Man Cannon, who’s also on a sabbatical of sorts from his main band, and trying some new tones and textures on for size; though TMC often incorporated warm synth tones to cushion their pensive indie rock meditations, here the synth becomes a dominant force. Alongside Koch’s guitar leads and his counterpoint bass, the vibe here is very 80s Cure as filtered through aughties electronic rock. The duo released its debut EP everyone is talking but you earlier this year, is in the process of recording a full-length, and has an exciting slate of shows on their concert calendar in the coming months.

On Saturday, October 27th, Koch plays a solo set at Open Space for the To The Front art show — read more about that event here. Meanwhile, Gladie takes the First Unitarian Church stage on November 3rd, opening for Katie Ellen and Antarctigo Vespucci. They’ll also be at The Fillmore Philly on Thursday, December 27th, on the lineup of Tigers Jaw’s Otherly Love festival. Tickets on both those concerts can be found at the XPN Concert Calendar.

Below, watch Gladie play “20/20” live in WXPN studios, and listen to their Key Studio Session in full — it also includes a cover of Guided By Voices’ “Game of Pricks,” melded into their own gruff rocker “Pages.”