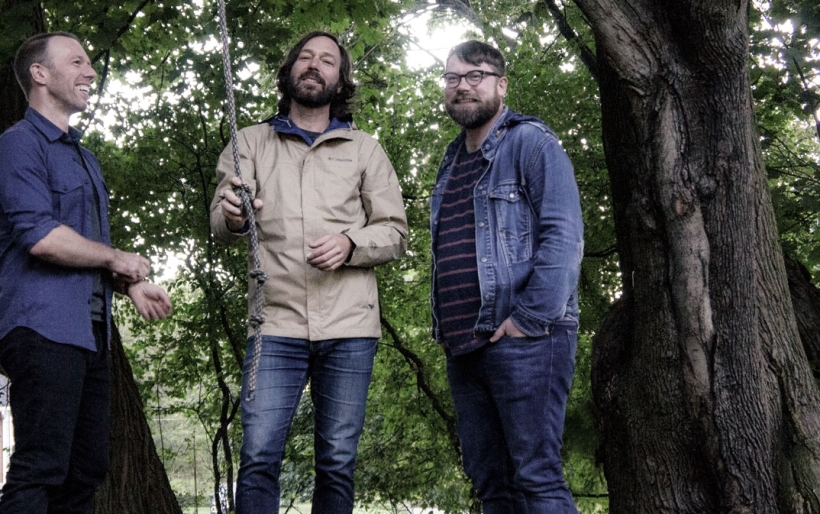 A lot has happened in the twenty years since singer-songwriter Matt Pond debuted his eponymous indie pop project, Matt Pond PA. He put out several beloved releases on Polyvinyl Records. He moved from Philly to New York, as musicians in the aughties were wont to do. He covered “Champagne Supernova” for The OC, and did it with the utmost sincerity, and it was beautiful. He toyed with changing his band name, then kept it, then officially retired it last year. He released twelve LPs and innumerable EPs, free singles, one-offs and other assorted ephemera.

But on his new song, “The Scope and Span of Pennsylvania,” there’s a lyric that seems to suggest a constant force through all the change: “There will always be deer in the headlights, staring at the frozen pavement, waiting for love.”

is Pond talking about backlit neon sign photo on the Deer Apartments LP cover, bathed in Instagram tones and textures even though its an honest-to-god 120 color film photograph that predated Instagram by a decade? Is he talking about a deer he encountered on a cold, late-night drive through new England? Is it all metaphor upon metaphor?

I’m unsure, but I do know that the song — a collaboration with Chris Hansen, Sean Hansen, Dan Coutant, and Teal Hutton, with Chicago singer-songwriter Gia Margaret assisting on vocals (Pond absolutely swoons over her Ordinal Records release There’s Always Glimmer) — is another elegant stunner, characteristic of Pond, where guitars fervently strum and sleigh bells chime and keyboard textures bob and weave and build into a lovely expanse.

“The Scope and Span of Pennsylvania” opens Pond’s latest release, Free Fall, which he’s giving away for free on Tuesday, October 30th, and it finds him very much in looking back on his time living in the Keystone: “I used to know every inch of this state,” he sings.

As Pond tells us over email:

It’s been twenty autumns since I put out my first album. Back then, back in downtown Philly, we played cards in the middle of Latimer Street, drinking forties with the bicycle couriers, the punks, the anarchists, the bank tellers.

As music started to take over, we’d stretch further up to New Jersey, New York and out across the great state of Pennsylvania. On the way to a show in Pittsburgh, we once got stuck in a rural traffic jam, standstill traffic beside an all-girl Kiss cover band in a minivan. At any other time we would’ve tried to wave or somehow connect. But that night, we were focused on the fifty bucks and the handful of people that might show up. Nothing mattered more than the show.

I misnamed this project after myself. The obvious irony is that it’s always been a collaboration. The weightier secret irony at the bottom of the box is that I’m completely driven by the seasons and cities where I survive them. So you can take the kid from New Hampshire out of Philadelphia, but you can’t take the city of brotherly love out of the granite state kid. It’s a vivid stripe down my sternum, the living pavement, the cognizant concrete, sitting under the Chestnut Street Bridge, watching the late fall light melt into the Schuykill.

Listen to “The Scope and Span of Pennsylvania” below, and keep an ear open for Free Fall next week.