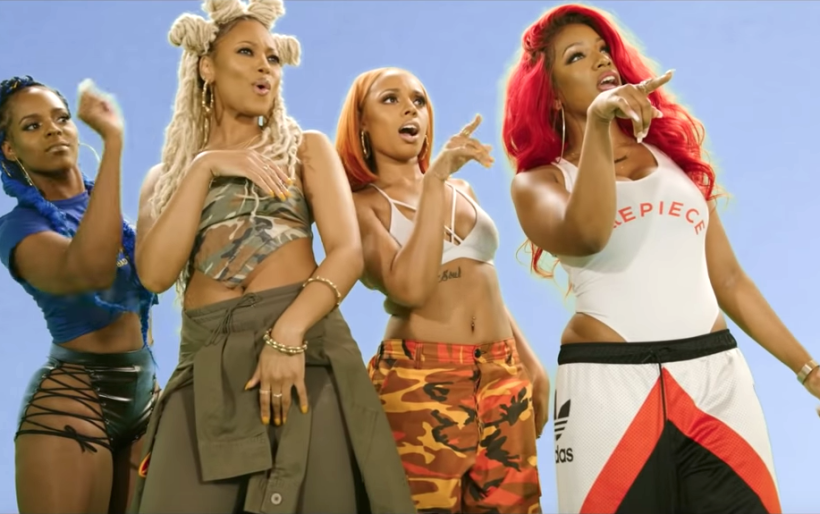 Late October seems like an odd time for a summertime jam to hit our radars, but maybe Philly R&B four-piece Good Girl is working on California time with this one. The latest from the America’s Got Talent alums, “I Can Be Yours,” is an ear-candy earworm of the sort that Megan Nicolle, Arielle, JL, and Bobbie do so well. But it seems their collective sound is coming into its own a bit more, and relies less on TLC-era throwbacks (awesome as those were on the 90s Kind Of Love project).

For this cut, the band teamed up with buzzing New York rapper A Boogie With Da Hoodie — his autotuned-out verse drops at about the halfway mark — and amid lyrics from both parties about love, lust and compatibility, we get a music video that’s full of pop-art color schemes and hot-weather visuals of the band on backyard lounge chairs, staffing lemonade stands, and partying into the evening indoors.

Check it out below. Good Girl has no concerts on deck at the moment (they just played Union Transfer opening for Talib Kweli) but A Boogie headlines the Franklin Music Hall on New Year’s Eve, and more info can be found at the XPN Concert Calendar.