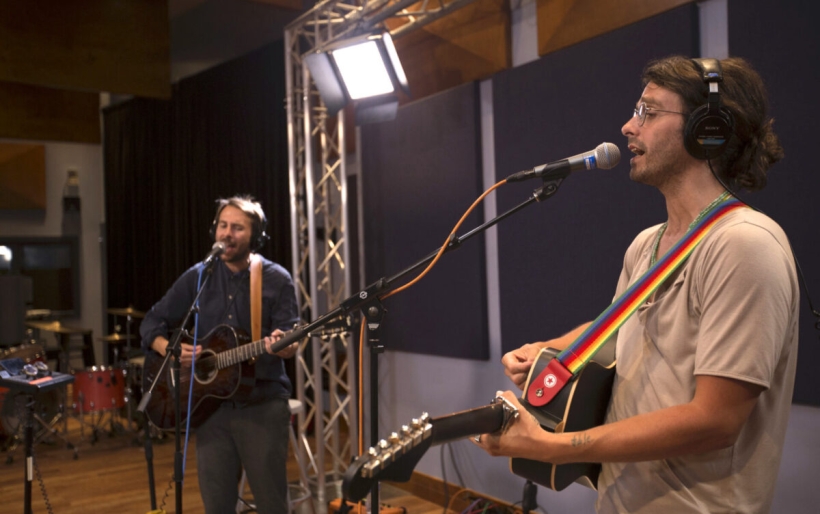 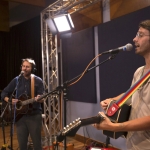 For singer-songwriter Tim Arnold, the band Found Wild began as a journey of self-discovery.

Best known in the XPN universe as the energetic percussionist at the backbone of local indie folk-pop faves Good Old War, Arnold took a hiatus from his main band a few years back to step back from the brink that the hard-touring, regularly-partying lifestyle had brought him to. He sobered up, he and his partner had a child, and he began writing songs that, for the first time, were wholly his own. Songs were he was the focal point, not the backing vocalist singing harmonies over the drumbeat; songs about his life and experiences.

As he described it when I interviewed the band this summer, this newfound clarity opened the floodgates. With help from his longtime bandmate Keith Goodwin and Conshohocken producer Will Yip, as well as encouragement from his longtime friend Anthony Green, Arnold built up a body of Found Wild music that is reflective and introspective, rooted in classic acoustic folk a la The Band as well as the pop chops he perfected over his decade plus in Good Old War.

Topically, Arnold returns to themes of redemption, the past, and the future. “Time is a big thing I write about, it interests me,” he says. “I’m constantly working on myself, trying to be a better person. And if you just kind of experience life in the moment you’re in, it’s the only reality you have. It’s a beautiful thing, everything else is arbitrary in your mind.”

After a summer tour opening for Green, Found Wild released its debut EP on Yip’s Memory Music label; this week, Arnold and Goodwin performed four songs from it live in WXPN studios, backed by versatile pedal steel player Andrew Keenan. The cuts range from the solemn “No One At All,” to the effusively poppy and life-affirming “Nothing Gold Can Last” and “Ghosts on Paper,” and the uplifting “Weatherman,” which closes the set.

Listen to Found Wild’s entire performance and watch video of “No One At All” down below, and catch the band live on Thursday, November 15th at Boot and Saddle opening for Sean Rowe. Tickets and more information can be found at the XPN Concert Calendar.