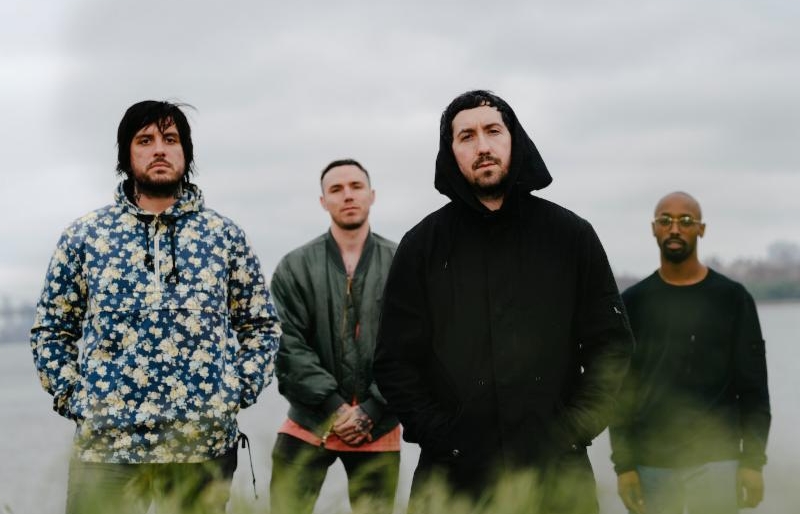 Nothing‘s latest music video veers away from the dark, nightmarish streak that we’ve seen before, instead giving us a glimpse at the band’s softer, more whimsical side. “You Wind Me Up” is a lush and dreamlike track off the Philly shoegazers’ new album Dance On The Blacktop, and the video matches that vibe with its outer space setting; a retro Dodge van with Pennsylvania plates serves as an unlikely spaceship, floating through the stars as Earth grows smaller and smaller in the rearview mirror.

The video was conceptualized by visual artist Teenage Stepdad, who explained his inspiration in a press release:

“[The song] struck me immediately with the visuals that would ultimately become the video I made. But at first I just played it over and over. In the car, in my bedroom studio, dancing with my wife and kids. Honestly, I think I was hoping another idea would come to me, because I had no idea how I was going to pull off what I saw in my head that first listen. The van in the video became a metaphor for my bedroom studio as I chased my muse and watched the world outside my window drift further away. Artistic endeavor, while often thrilling, can also be incredibly isolating, and I think the video ended up reflecting a lot of that push and pull. Hopefully people can relate in their own way. Eventually I met up with the band in a tiny, van-sized green room in Phoenix to record them and insert them into the piece. They were in the midst of their tour, road-weary and tired, home a memory in their rear-view mirror, but still ready to make some art. It felt very fitting. I’m grateful to have lived so closely with this song over the course of a couple months, and to have some small association with such a beautiful record.”

Watch the video below. Dance On The Blacktop is out now.