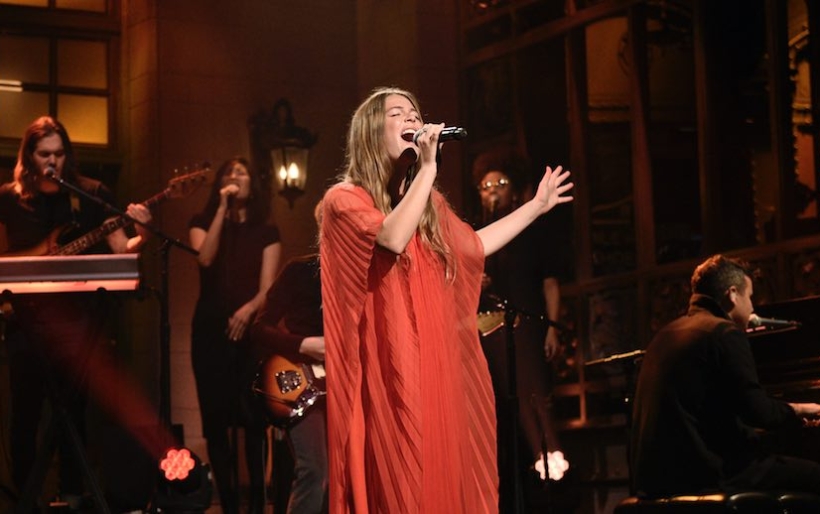 If only Saturday Night Live could book an XPN favorite as its musical guest every week. Maggie Rogers‘ debut album isn’t due out until January, but she’s already had a chance to grace the famous stage, appearing this past weekend as SNL’s first somewhat under-the-radar musical guest of the season and performing renditions of “Light On” and “Fallingwater,” both off her forthcoming album Heard It In A Past Life.

But with the whirlwind two years she’s had, Maggie Rogers is well on her way to becoming a household name. Rogers’ 2016 single “Alaska,” which she wrote for a class assignment at NYU, made her an overnight sensation when it was shared by musician and producer Pharrell Williams. It’s all been uphill from there for the singer-songwriter, who’s known for her unique brand of pop that stylistically blends her folk and R&B influences.

Watch video of both performances below. Heard It In A Past Life is out January 18 via Capitol Records and Maggie Rogers headlines The Fillmore on March 30. Each ticket purchase includes a physical copy of the new record; find more information on the XPN Concert Calendar.