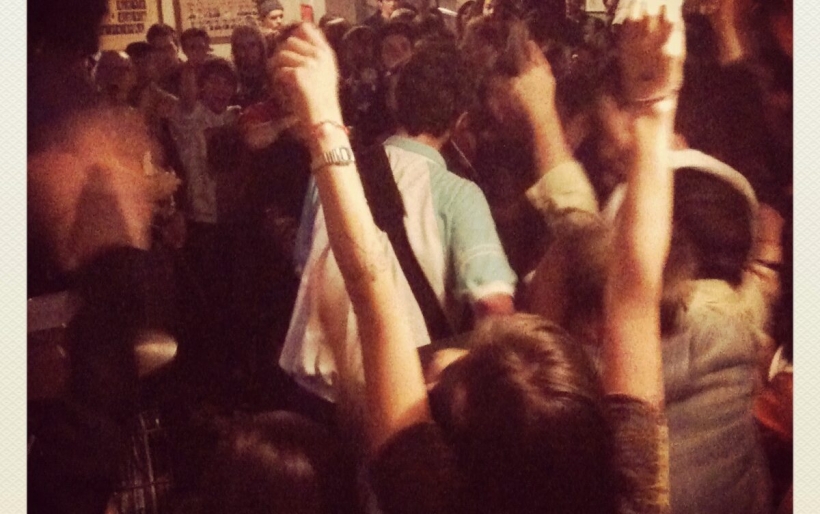 Algernon Cadwalader at Pi Lam, circa 2012 | photo by John Vettese

It’s been six years since beloved Philly emo trio Algernon Cadwallader announced that they were calling it a day, and ten years since they released their LP Some Kind of Cadwallader. The devoted fan base they riled up in those four years in between is quite a feat for a band named in part for a short crooked street that runs through the west side of Fishtown. To mark the anniversary of their debut, the bulk of Algernon Cadwallader’s recorded output is being reissued on December 14th as a duel release via Cali labels Lauren Records and Asian Man records.

In the mix are new vinyl editions of Some Kind, of the 2011 follow-up Parrot Flies, and a S/T collection that bundles various EP and single tracks (including a cover of Elvis Costello’s “No Action”).  Check out the release info, colored vinyl variants, and a cool new Algernon tee over here.

The main folks in the band remain busy; Peter Helmis leads the indie rock project Yankee Bluff, while Joe Reinhart plays lead guitar in Hop Along. Drummer Tank Bergman took on a full-time nursing career when Algernon parted ways in 2012, but do these reissues mean a reunion gig might be in the cards? Lord that would be sick. Watch a video teaser of the reissue via Lauren Records below, and get your orders in here.

Algernon Cadwallader’s “Some Kind of Cadwallader” turned 10 this year! For the anniversary we’re reissuing “Some Kind of…” “Parrot Flies” and a new “S/T” collections album that has their EPs, covers and more! Pre-order now, out 12/14. Split w/ Asian Manhttps://t.co/MqXkASCCPNpic.twitter.com/gDpjNJT6i4