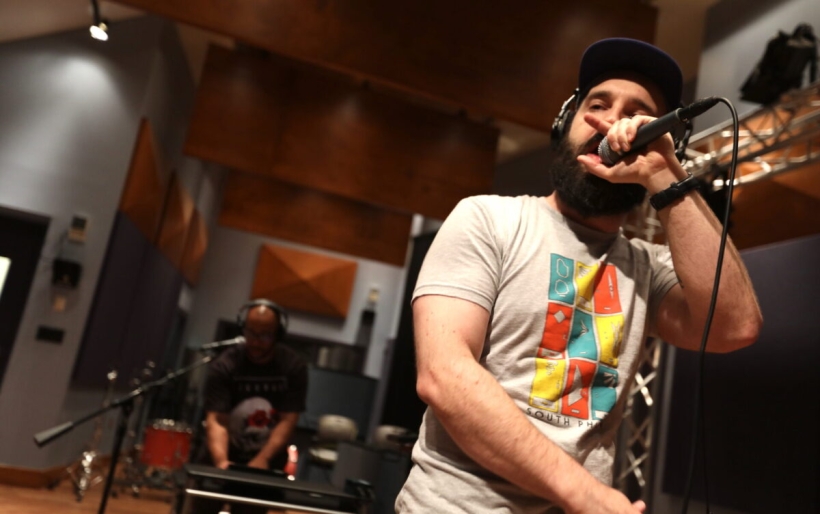 By John Vettese
November 12, 2018
10:11 AM
Share
Zilla Rocca performs with Career Crooks at WXPN | photo by John Vettese for WXPN

Philly MC Zilla Rocca has a thing for catchy titles — his old band 5 O’Clock Shadowboxers, his self-styled genre noir-hop, releases like No Vacation for Murder, all thrive on wit and wordplay. His latest project, though, might have one of his best and most telling titles: Future Former Rapper. “One day you will become a former rapper,” the grizzled rhymesayer writes in the album notes on Bandcamp. “So you make an album shaking out every trick up your sleeve from 13 years as a completely independent artist.”

The record, which dropped on Friday, collects 13 jams that find Zilla teaming up with friends and frequent collaborators like Curly Castro and Armand Hammer on the mic, Small Professor and Starkey on the beats. The tone is less of the Dashiell Hammett-dipped hip-hop detective novellas than his past outings like Neo Noir — though the samples of vintage hard-boiled dialogue still crop up here and there. Instead find Rocca collabing as always with left-of-center beatmakers to deliver a soulful, personal statement with hints of Tom Waits (“Gunshot Jazz”) and Beck (“All of My Day Ones Got Day Jobs”).

Listen to Future Former Rappergrab a download on Bandcamp below, and .