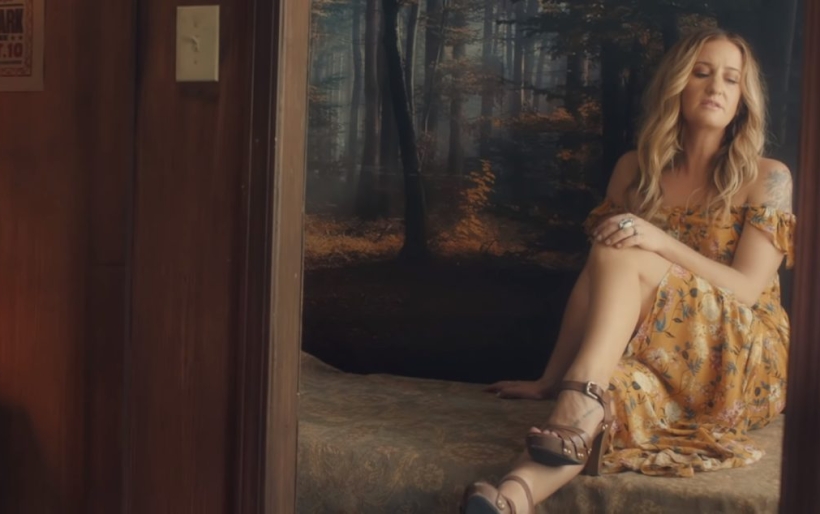 Margo Price has shared a video for “All American Made,” the moving title track from her latest album. The video was directed by Kimberly Stuckwisch and Carlos Lopez Estrada, co-founders of the production company Little Ugly. It was shot on location in eight different cities including Detroit, Nashville, New Orleans, and a small Indiana town. It follows the lives of real people living in these communities, such as a widowed farmer; a student who was one of the first to be desegregated in a New Orleans school; and members of the Immigrant & Refugee Rights Coalition.

Price is shown singing from a miniature house being driven along the highway on a flatbed truck. The imagery is juxtaposed jarringly, weaving together people who don’t typically coexist in the same space. The final scene shows middle school kids reciting the pledge of allegiance, while audio of overlapping presidential speeches plays. The tone is conflicting, a mixture of patriotic pride and empathetic pain for all those suffering and without help in this country.

In an interview with Noisey, Price commented:

“All across America we’ve got people who all really want the same thing but have a different way of getting there. They might have a couple fundamental, core values they disagree on, but at the heart of the matter, we’re all just humans living on this planet, trying to survive, trying to raise our kids and our families.”