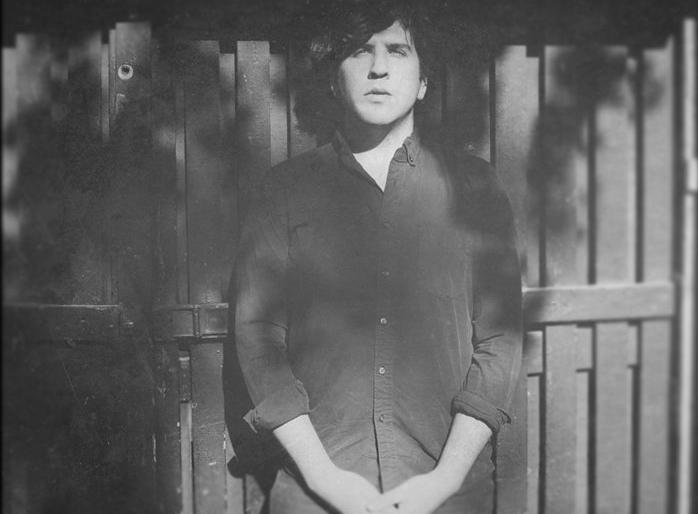 Eric Slick | courtesy of the artist

If you’ve seen Eric Slick play a show recently, he was probably behind a drum kit — the ever-busy musician has spent the better part of 2018 touring with his band Dr. Dog and playing in Natalie Prass’s backing band. But Slick is ready to jump back into the spotlight as a solo artist. He’ll release a four-track EP called Bullfighter in January, and the first track, “Nothing Real,” is out now.

The haunting, orchestral song is paired with a video that interprets the EP’s title with a video game-esque bullfight that slowly unfolds with heightened creepiness and suspense as the animated bull and matador face off.

Slick wrote the following about the new release.

“Bullfighter is a song cycle about the first Jewish American matador, Sidney Franklin. It’s also the story of coming to terms with my family’s Jewish identity. It was important to juxtapose Sidney’s struggles with my own. The name of the piece serves as a double meaning. It comes from my fascination with astrology – I’m a Taurus, and the bull is a stubborn opponent.

Bullfighter is comprised of vocals, string quartet, piano, synthesizer, and drums. The string quartet portion was written in a week and recorded in about 2 hours. My good friend Michael Johnson fleshed out the rest over the course of a year. He transformed a two dimensional picture into a beautiful panorama.

This piece of music is important to me. It’s not light-hearted. After releasing my first record, I realized that I had to tap into my own vulnerabilities more. I re-wrote the lyrics to Bullfighter over and over again in the hopes that I could get closer to my version of the truth. Writing it brought me closer with members of my family that I hadn’t spoken with in years.

I hope that it will be transformative for the listener. It’s a document of working through my own personal trauma. I wanted it to feel circuitous. In the end, I realized that death and life are all the same, and that suffering is fleeting.”

Bullfighter is out January 18 via Boiled Records. Eric Slick celebrates the release with a show at Johnny Brenda’s on January 6; it’s a co-headlining bill with Mdou Moctar. Find tickets and more information on the XPN Concert Calendar, and watch the “Nothing Is Real” video below.