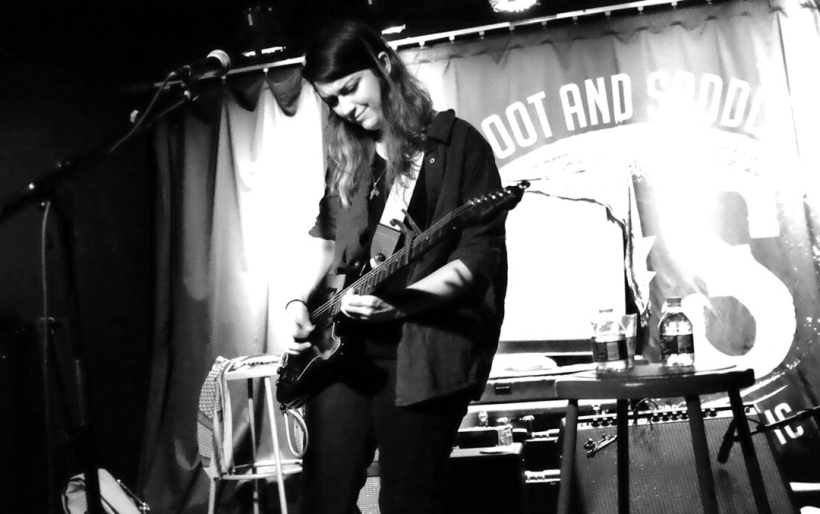 Phillys Candice Martello brought her project Hemming back to the Philly stage this fall for the first time in six months, collaborating on a Roger Harvey Family show in October and playing a knockout set at the House Key Showcase at Underground Arts in November. Following that gig, Martello caught up with Dan Drago of the 25 O’Clock Podcast, and their conversation is on this week’s episode of the show.

In the hour-plus conversation, Martello reminisces about growing up in Doylestown, and the locales that she frequented: Siren Records, the County Theater and more. She also candidly talks about Hemming’s experience in the reality show world — the project’s first record came about when her old punk band Omar applied to be on Linda Perry’s reality show Make or Break. And while Martello describes reality TV as being frustratingly disconnected from actual reality, she speaks lovingly of the people she met as part of the experience, and the opportunities it opened up: recording Hemming’s self-titled 2015 debut, for example, or touring with Chris Cornell, which she also reflects on at length.

She also talks about the supportive Philly community, reflecting on local friends like Cayetana and The Menzingers, Roger Harvey and Anika Pyle, as well as supportive tour pals like Rachel Yamagata and The Dove and the Wolf. We also hear live performances of two new songs, “Airport Security” and “Iron,” at least one of which will be on the EP Hemming plans to release in 2019.

Listen below, and keep an eye on Hemming’s Facebook for more announcements and future gigs.