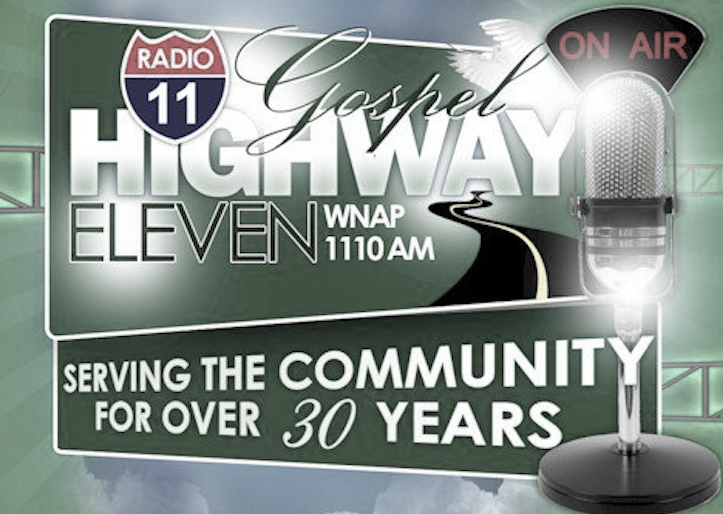 Hear more about Linwood and his interviews.

Linwood Heath, the “Gospel Historian,” is a Philadelphia gospel radio legend. Born and raised in Philadelphia, experienced his first taste of gospel music in high school when he joined with five classmates and found the Savoy Singers. WDAS Radio personality, Louise Williams, was instrumental in giving them their start and during their six year history, they made several recordings, introduced gospel music to nightclubs and traveled as far west as Chicago.

Linwood began his radio internship in 1963 working with Louise Williams at WDAS and became friends with Clara Ward, Reverend James Cleveland, the Davis Sisters, the Dixie Hummingbirds, Staple Singers and other great pioneers. In 1970 he joined his present church, New Gethsemane Baptist Church in South Philadelphia, and organized a youth community choir and the Willing Workers, as well as teaching Sunday School. In 1972, he cohosted Philadelphia’s first Gospel Music TV show, “Deep River,” a weekly show featuring local artists. He also produced concerts at various churches and schools. On the radio, he hosted a Sunday show, “Revival,” on WXPN for three years until 1982 when he became part of the Gospel Highway on WYIS in Phoenixville, Pennsylvania. When the station moved to Norristown, Pennsylvania and became WNAP, Philly’s first all gospel music station, he hosted the morning show.

In 1988, station manager, Fred Blain, assigned him to awesome task of producing “Great Moments in Gospel,” a daily show telling the history of gospel music and conducting interviews with various artists. During the spring and summer months, Linwood hosts a Sunday afternoon program, “Precious Memories,” featuring music from the 20s through 70s. In the 1980s Linwood’s work with a local concert promoter had him working with the greats including Aretha Franklin, the Spinners, Ray Charles, Nina Simone, B.B. King, and James Brown, to name a few. Recognizing his contributions to the history of gospel music, the Pennsylvania Historical Society presented him with the “Martin Luther King, Jr. Medal of Freedom Award,” for “Great Moments in Gospel Music.” In 1998, he received the “People’s Choice Award” and was inducted into the Philadelphia Gospel Music Hall of Fame.

Over the years, Heath has amassed quite a collection of interviews with gospel artists, many of whom visited with him on the radio before they were big stars. He’s got quite the collection of cassettes that he shared with us. Dedicated to preserving the history of gospel music and bringing recognition to Philadelphia as the home of many of Gospel’s great artists, Heath continues to be very active in the gospel community, spreading the good news.

Twinkie “queen of the organ” Clark, showed up to her interview with Linwood Heath a little tired. She just completed a radio interview and wasn’t up for another. So she asked to keep the questioning brief.

Presented with this scenario, a lot of radio interviewers may politely try to push for a longer interview or maybe reschedule. But Linwood isn’t like a lot of other interviewers. Instead, he began throwing records of The Clark Sisters one at a time at Twinkie Clark’s feet. “All this history and you tell me that you’re only going to give me a few minutes?” Linwood exclaimed. An unconventional method, but it the broke the ice. Linwood and Twinkie Clark talked for an hour.

Linwood is as much a part of his interviews as his guests. He got his start in radio working with the Philadelphia Disc Jockey legend, Lousie Williams in 1965 and eventually moved on to hosting his own shows. He now hosts Precious Memories on Philadelphia’s first all gospel station Gospel Highway Eleven Saturdays from sunrise to 9 AM.

Hear more about Linwood and his interviews in the audio below. This audio piece includes music from the Dixie Hummingbirds, The Staple Singers, The Soul Stirrers, Clara Ward and the Ward Singers, Twinkie Clark, and Albertina Walker. Archival audio courtesy of Linwood Heath.