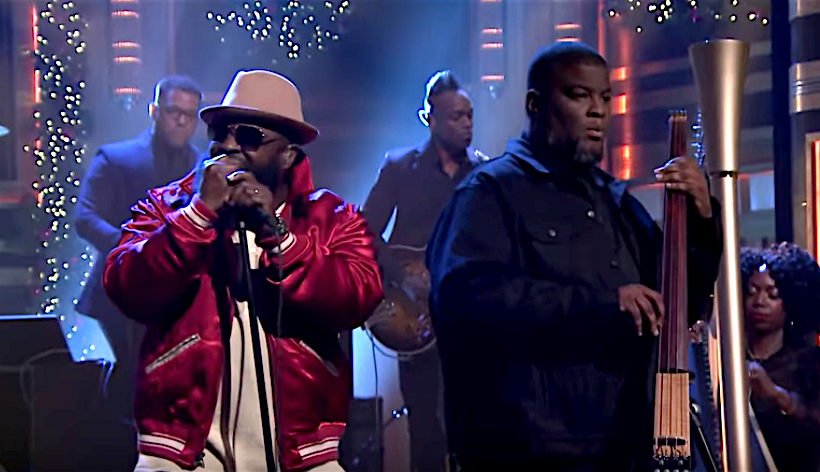 Watch Black Thought bring “Conception” to the stage of Fallon

The Roots’ rhymesayer Black Thought made his long-awaited solo debut this year with the Streams of Thought project, a set of two EPs made in collaboration with producers 9th Wonder (vol. 1) and Salaam Rami (vol. 2).

Last night, Rami and the MC took to the stage of The Tonight Show with Jimmy Fallon (Thought’s 9-to-5, if you will) where he was backed by a string section, a harpist, and The Roots for a fierce performance of “Conception” from Streams of Thought Vol. 2.

While it is a little head-spinning to see Black Thought step into the solo artist realm, but still play backed by his longtime band The Roots, this long-form interview with NPR’s Rodney Carmichael parses out the solo-v-collective dichotomy. Plus, The Roots sit in with all of Fallon’s guests — it’s part of the gig — and “Conception” has such a big-time groove, it almost doesn’t matter who’s playing it. Watch below.

Fallon’s other musical guest last night was pop star Ariana Grande, who recently followed up her chart-topping fourth LP Sweetener with two new singles, “Thank U, Next” and “Imagine.” Watch her perform the latter with The Roots below, and get tickets and more information on Grande’s two Wells Fargo Center shows (on March 26th and June 24th) at the XPN Concert Calendar.