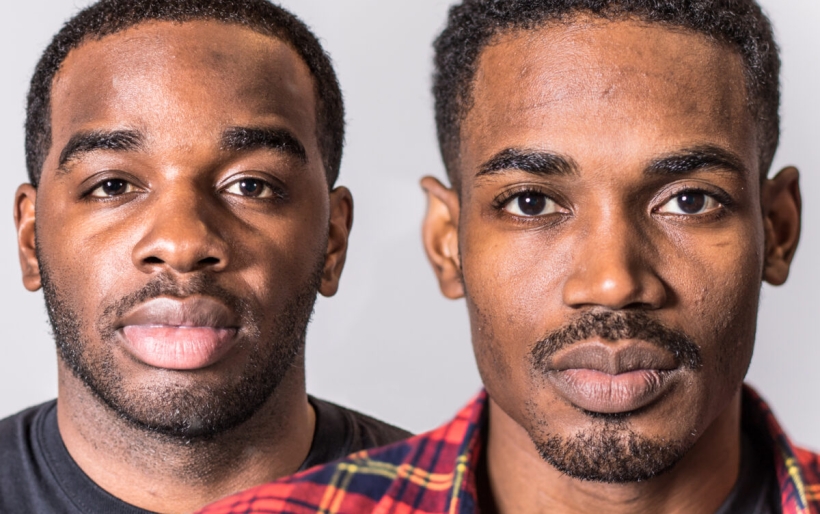 By John Vettese
January 03, 2019
09:01 AM
Share
RB Ricks and Rick Banks of Hardwork Movement | photo by Josh Pelta-Heller for WXPN

Philly hip-hop collective Hardwork Movement is riding high after a New Year’s Eve concert opening for A Boogie Wit Da Hoodie at the Franklin Music Hall. R.B. Ricks, one of the group’s MCs, tells over email that us the gig was incredible: “The crowd was electric! Couldn’t really ask for a better way to start a new year than being on stage performing.”

Leading up to the show, the band dropped a lyric video highlighting a deep cut from their recent Playing With Fire project — and by extension, highlighting Hardwork’s two powerhouse MCs, the aforementioned Ricks, as well as his similarly-handled compatriot Rick Banks.

Though the Hardwork live set tends to put a lot of emphasis on rapper Sterling Duns — rightfully so, as he’s a charismatic force with show-stealing wardrobe changes — and singer/rapper Jeremy Keys — whose soaring vocal melodies create the hooks at the core of the band’s songs — Ricks and Banks are every bit as engaging on the lyrical level, catching our ears with pop cultural references and turns of phrase, and “R2 the B” single gives them their specific time to shine.

Over soul strings and brisk beats, we hear them split this song down the middle, waxing poetic on the motivating role music has played in their lives: “Blame it on the boogie, I’m stylin’ just like The Jacksons / If I never found the music, imagine what would have happened / Never been the one who was satisfied being average.”

Take a watch / listen below, and check out Playing With Fire over on Spotify. For the first time in we can’t remember how long, Hardwork Movement does not have any shows on their concert calendar — Ricks tells us that they’re taking a breather and plotting out their 2019. Keep tabs on the band’s Facebook for more.